NEXT:Brian Kilmeade On Roy Moore Sexual Misconduct Allegations: 'I Would Kick His Head In If it Was One of My Daughters'
PREVIOUS:Fox News Bans Kiss Frontman Gene Simmons From Its Headquarters 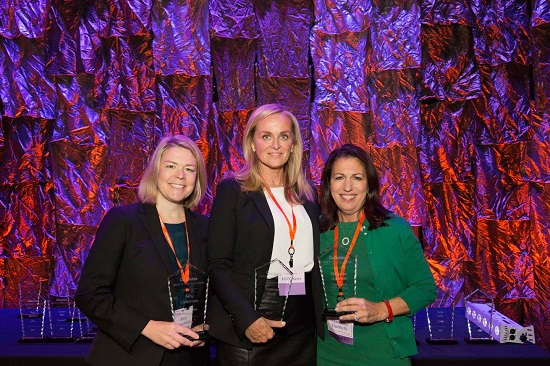 Cablefax held its annual Most Powerful Women Luncheon yesterday, and a trio of Fox Newsers were among the 2017 honorees: President of programming Suzanne Scott, ad sales chief Marianne Gambelli and cfo Amy Listerman.

Additionally, Scott was named among the top 20 women in cable television (No. 18 to be exact).

Other cable TV newsers to earn spots in the Cablefax top 50 included ESPN evp and cfo Christine Driessen (No. 20), and C-SPAN president and co-ceo Susan Swain (No. 30).

The honorees were feted Thursday afternoon at the Edison Ballroom in New York, where ESPN’s Hannah Storm served as the event’s keynote address (ESPN was an event sponsor, along with Pop, People TV, Carlsen Resources).