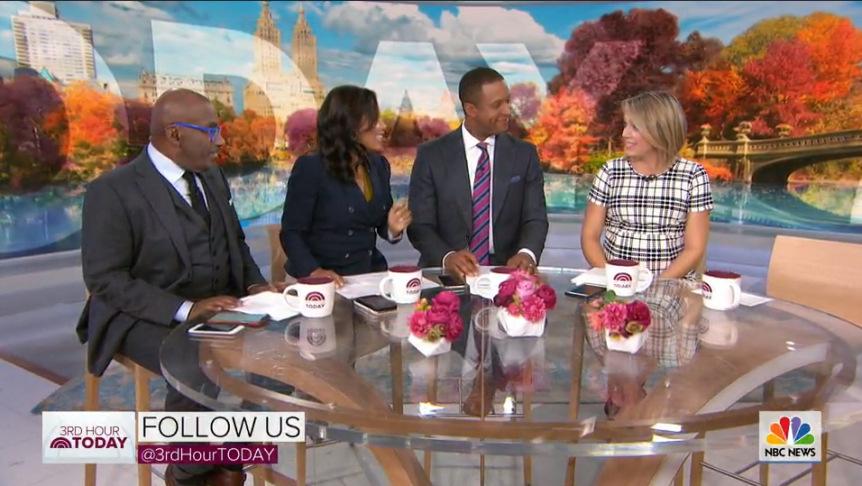 NBC News made a gigantic splash (and took a gigantic risk) in early 2017 when it signed Fox News star host Megyn Kelly for three years, a reported $69 million, and gave her the network’s coveted 9 a.m hour.

The move was a controversial one. Megyn Kelly Today replaced the network’s popular Today’s Take, and led to the departure of popular NBC and MSNBC Newser Tamron Hall (who now has her own Disney-ABC syndicated show which airs an hour later on the East Coast).

Despite all of the controversy surrounding Kelly herself, Megyn Kelly Today did manage to score an Emmy nomination in the Outstanding Talk Show – Informative category, and it was largely lauded for its coverage of sexual harassment and #MeToo. Perhaps a bit out of the ordinary for a morning show.

But when Kelly’s show was canceled in October 2018 in light of the notorious “blackface” incident, and Kelly left the network this past January with $25-30 million in tow, NBC News was forced to find a replacement quickly, or end up losing a ton of money from advertisers who had previously paid NBCU a lot of $$ to run spots in the 9 a.m. hour.

Variety spoke with Today 3rd hour ep Jackie Levin about the NBC’s 9 a.m. hour and how it had to quickly reboot in light of Kelly’s departure.

“It was done very quickly, and without much notice,” Levin told Variety of the cancelation.” The task, she said, was daunting. The time slot had lost a substantial number of viewers, and the original thought was to put on something more like the program’s first two hours, as opposed to a show that had been tailored to Kelly. “We had a lot of ground to make up,” Levin added.

And it has indeed made up that ground. While the flagship 7 – 9 a.m. version of Today, as well as rivals GMA and CBS This Morning regularly post audience losses vs. 2018, the 3rd hour of Today is actually up.

Why the ratings growth? Part of it can be attributed to a quartet of familiar faces returning to the hour. Al Roker, who continues responsibilities as weather anchor from 7 – 9 a.m., returns to the 9 a.m hour, a slot he had been pre-Megyn Kelly Today. In addition to joining 3rd hour, Sheinelle Jones and Dylan Dreyer maintain their roles on Weekend Today. Craig Melvin added 3rd hour to his already-heavy workload, becoming the fourth host, despite already serving as the flagship Today news anchor, and anchoring a dayside hour on MSNBC.

Melvin is one of the busiest men in TV news these days.

The 9 a.m. hour is also up because, quite frankly, it’s intense than Megyn Kelly Today was, and that’s really what the 9 a.m. audience wants. People who want intense discussion of Trump, the impeachment inquiry and other hard news of the day, will flip over to MSNBC or elsewhere.

“We really want people at home to grab their cup of coffee and feel like they are part of the conversation,” Levin told Variety.

The 3rd hour of Today still lags behind ABC’s Live with Kelly & Ryan by a significant margin. Trailing in total viewers isn’t shocking, considering Good Morning America traditionally beats the flagship Today in that measurement. However, Today almost always beat GMA in the key A25-54 demo, and 3rd hour trails Live with Kelly & Ryan in that category as well.