NEXT:Gayle King on Megyn Kelly: 'She Has a Lot of People Who Aren't Wishing Her Well, And I Don't Think That's Fair or Right'
PREVIOUS:Scoreboard: Wednesday, November 1 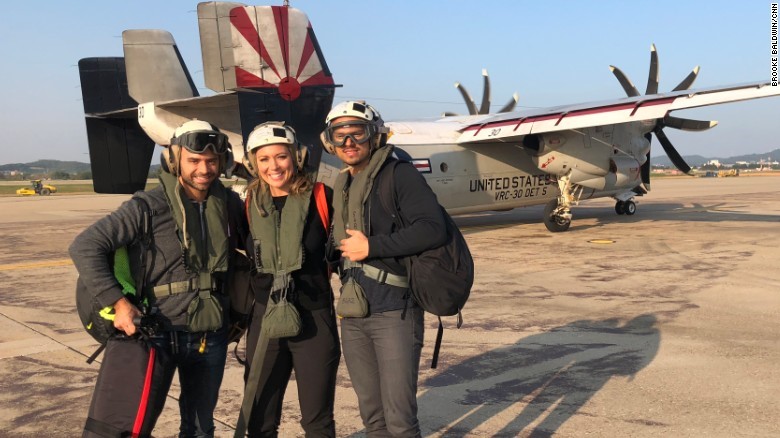 President Trump leaves for Asia tomorrow on a 12-day trip that will include stops in Japan, South Korea, China, Vietnam and the Philippines.

South Korea is a nation Brooke Baldwin is particularly familiar with.

A couple weeks ago, the CNN Newsroom anchor left the friendly confines of CNN’s New York studios to spend a week in Korea, learning firsthand what it’s like for the U.S. military and other Americans living under a threat from North Korea. 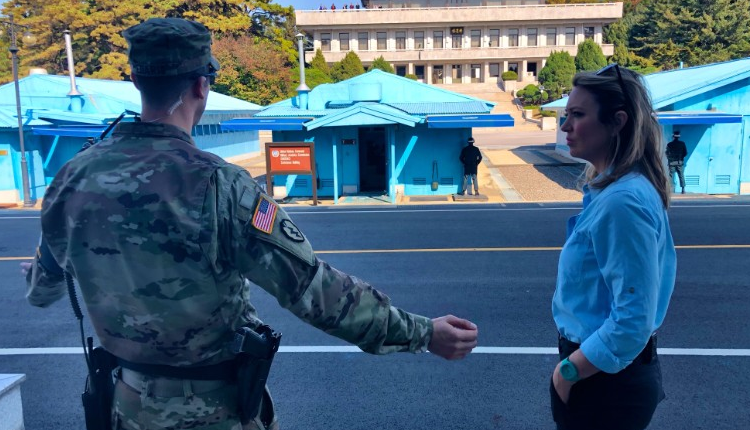 Should we expect more field pieces from Baldwin in the near future?

“Go ask my boss Jeff Zucker,” Baldwin tells TVNewser. “He knows when I’m knocking on his office door – it’s generally because I want him to send me out!”

TVNewser: Talk about the idea for your trip, and what attracted you to this specific story.

Baldwin: I remember sitting in my office a few months ago when the tensions between Washington and Pyongyang were particularly intense, and I said out loud to my producer: ‘I wonder what it’s like to be an American in South Korea right now.’ My mind instantly went to the men and women in the military who are based precariously close to North Korea. I picked up the phone and made a few calls, sent a few emails and waited… Then I heard back first from the US Army. They offered us rare access to several soldiers and their families including a trip to the DMZ. Then the US Navy agreed to give me access to sailors on the USS Ronald Reagan. Theirs were the voices I needed to tell this story.

TVNewser: Tell us about what you learned from your conversations with folks on the ground there.

So much! First I was entirely humbled by the sailors and soldiers. I was constantly telling them that. Many of them had never left the US before signing up to serve and here they were basically on the front lines of any potential escalation with North Korea. And the Bright family in particular – I wasn’t expecting the Lieutenant Colonel to break down in tears with me, sharing his love for his family but also his worry about protecting them (his wife and three daughters live in Korea too). Second: I asked a group of American ex-pats who worries them more North Korean dictator Kim Jong Un or President Trump – I wasn’t expecting the overwhelming response that I got (watch the piece from Seoul to find out!). Lastly – I’m a Southerner and it pains me to admit this but fried chicken is way better in Korea! 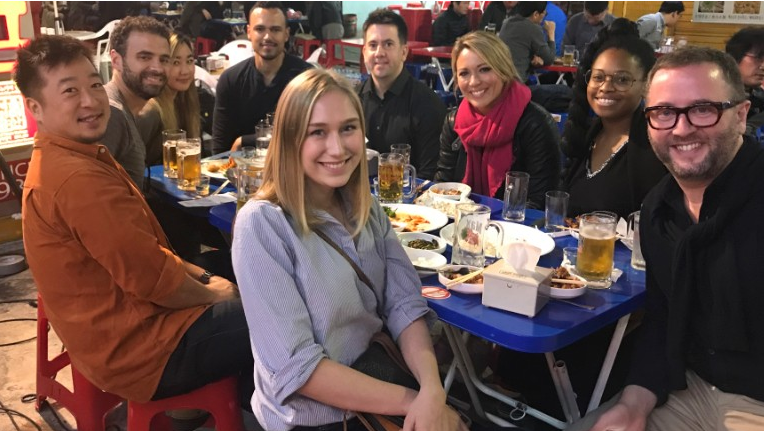 TVNewser: We’re used to seeing you weekday afternoons at a desk, but can we expect to see more field pieces from Brooke Baldwin in 2017-2018?

Yes! I was always a reporter first before I landed a spot in the CNN anchor chair seven years ago.  Plus any anchor will tell you – anytime they get into the field – they’re better for it. This is why I got into journalism 17 years ago – to tell stories like the ones I’m sharing from Korea. It’s pretty awesome to work at a place that nurtures that.