NEXT:Monday, Jan. 11 Scoreboard: CNN Continues Its Streak at No. 1 in Total Viewers and Among Adults 25-54
PREVIOUS:Here's When Broadcast Networks Are Showing the House's Debate on Article of Impeachment 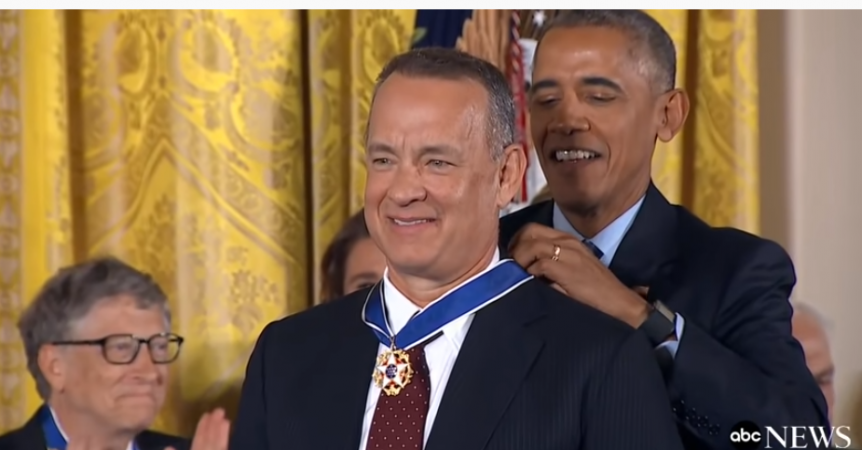 Even though Americans won’t be able to attend Joe Biden‘s presidential inauguration ceremony in person, his inauguration committee in conjunction with TV networks and some famous faces are still trying to make the event as memorable as possible.

Tom Hanks has been tapped to host a live prime time inauguration day TV special celebrating the inauguration of Joe Biden as President of the United States, with performances by Demi Lovato, Justin Timberlake, Jon Bon Jovi and Ant Clemons taking place throughout the 90-minute broadcast.

The inauguration committee says more performers will be announced in the coming days.

The 90-minute Celebrating America special will be broadcast live on ABC, CBS, CNN, NBC and MSNBC from 8:30-10 p.m. ET/PT on inauguration day, Wednesday, Jan. 20. It will also be streamed live on YouTube, Facebook, Twitter, Twitch, Amazon Prime Video, Microsoft Bing, as well as NewsNOW from Fox and AT&T DirectTV and U-verse.

According to the presidential inauguration committee’s description of the event, the broadcast will resemble in tone what the DNC produced over the summer for their 2020 convention.

“This inauguration presents a unique opportunity to spotlight the resilience and spirit of an America United,” said presidential inauguration committee CEO Tony Allen in a statement. “We have witnessed countless heroes this past year step up to the frontlines and serve their fellow Americans, so we are telling their stories, spreading their collective light, and celebrating the best of our country and its people with this prime-time program. Our first priority is safety — so while many of us will be watching safely from our homes, we are creating real moments of connection that highlight a new inclusive American era of leadership that works for and represents all Americans.”