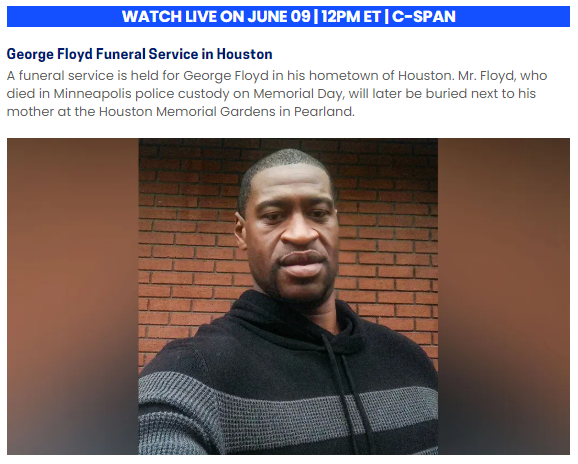 The major broadcast and cable news networks will present live coverage of the funeral of George Floyd tomorrow from his hometown of Houston.

ABC, NBC and CBS will break into regularly scheduled programming at noon ET for special reports.

Below, the live coverage plans.