NEXT:Former ABC News Business Reporter Dan Cordtz Passes Away At Age 92
PREVIOUS:Jeff Glor: 'The Outpouring of Support From You Has Been Everything' 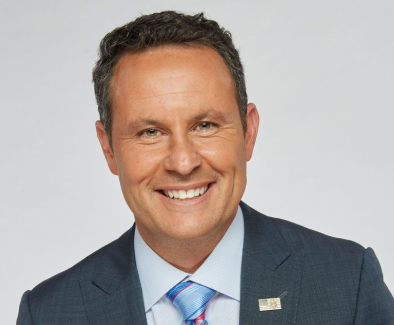 Fox News’ Brian Kilmeade appears on TV weekdays from 6 – 9 a.m. But as soon as his Fox & Friends is over, he runs upstairs to do a three-hour Fox News radio program.

Talkers magazine, which covers the national talk media industry, has apparently taken notice of Kilmeade’s six hours on the air, and has named him the 2019 recipient of the Gene Burns Memorial Award for Freedom of Speech.

In addition to his work on TV and behind the mic, Kilmeade has written many successful books focusing on historical figures such as George Washington, Thomas Jefferson, and Andrew Jackson.

The Talkers Freedom of Speech Award was re-named in honor of talk radio pioneer Gene Burns upon his death in May 2013. Talkers VP/executive editor Kevin Casey states, “Gene Burns was the model by which the Freedom of Speech Award delivered at our national conventions was developed.  It is only fitting that this institution bears the name of this great champion of the ideals and foundation upon which contemporary spoken-word radio is built.”

Kilmeade will receive the award Talkers 2019: Telling the Story in New York on Friday, June 7.