NEXT:Tuesday, Jan. 19 Scoreboard: CNN Is No. 1 In Key Measurements, While Rachel Maddow Remains Most-Watched Host
PREVIOUS:Inauguration Day 2021 Ratings: CNN Is the No. 1 Network During the Inauguration of Joe Biden 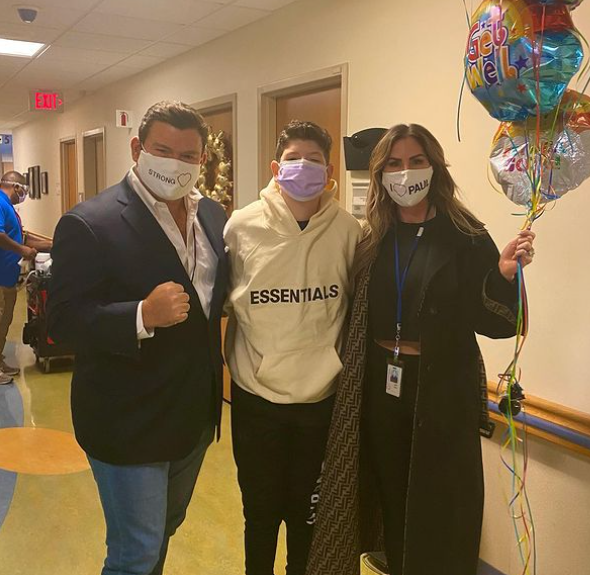 Baier and his wife/Paul’s mom Amy chatted with People about how their son is feeling. According to Bret Baier, Paul has “made leaps and bounds” since the 10-hour procedure last month.

“That surgery was heavy, and clearly, he could’ve not made it, and we’re just really fortunate that he did. And so, it’s excruciating to go through. We don’t want to go through it again,” Baier tells PEOPLE of the “hairy” procedure, during which his son’s connector exploded, sending blood “everywhere.”

Paul Baier was born with five congenital heart defects and, as the Fox News anchor has mentioned in the past, “his heart was essentially pumping the wrong way, and we didn’t know before birth.”

Paul says there’s actually a silver lining to the pandemic has been that it has made it “easier” on his recovery, in that he’s not “missing out” on in-person schooling, and being with his friends.

But he wants to hit the links again, and understandably so.

“Golf is my favorite sport. … [My doctor] says I have to wait six to eight weeks, which I’m very excited for, because we’re planning to go to Florida, and it’s perfect weather there,” Paul says. “I can’t wait to play my next round.”

Paul’s mom Amy Baier praises her first-born for her “resilience” and “incredible attitude. Four procedures of this magnitude in just 13 years is quite a lot.

The parents say Paul shouldn’t have to have another heart surgery until he’s in his mid-20s — and it should be minor in comparison.

Baier adds, “Hopefully we won’t, but we’ll play it by ear, and I think this is going to be the one that really sets him apart as far as getting him to where he’s going to feel good. At least, that’s the thought.”