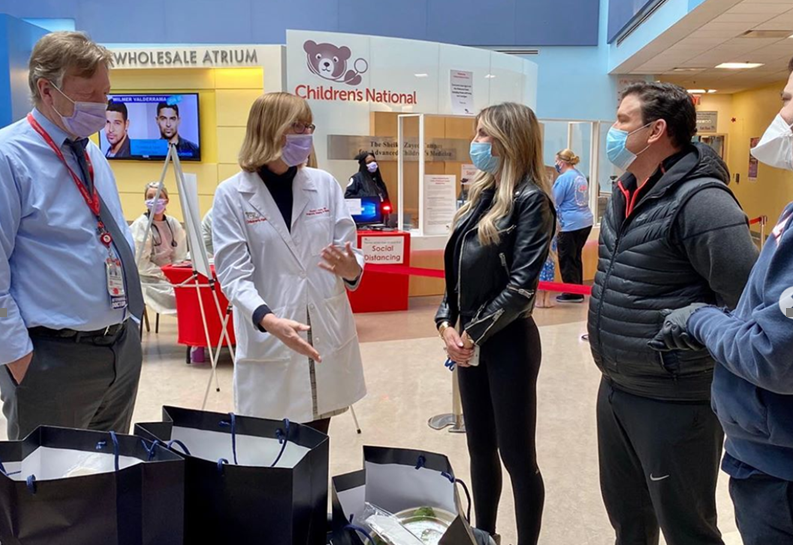 Bret Baier and his wife Amy brought lunches from Masseria to the Children’s National hospital in Washington, D.C., today as part of #CombatCovid19Challenge.

Children’s National is particularly special to Baier, given his son’s rare heart condition. The staff saved his son’s life.

We’ve reached out to representatives of O’Donnell and Karl to find out if the newsers are up for it, and will update this item if/when we receive a response.

*UPDATE: 5:08 p.m. ET: O’Donnell has accepted the challenge, and will participate tomorrow. We’re waiting to hear on Karl.

The #CombatCovid19Challenge is actually a bipartisan effort (yes, those still exist) launched by Sens. Ted Cruz (R-Texas) and Kirsten Gillibrand (D-N.Y.). It’s designed to raise awareness and serve as a call to action for all Americans to help each other and support their local communities during this pandemic.

As one can see from Baier’s video above, the participation process is a simple one: