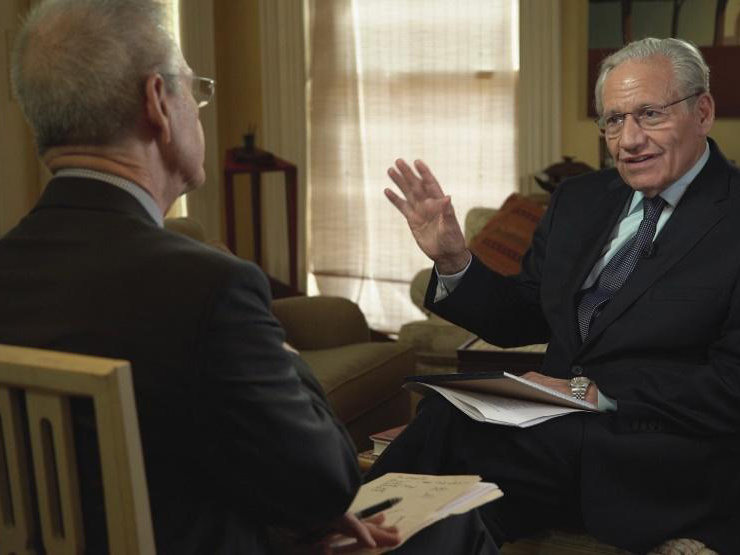 Bob Woodward’s new book about the inner workings of the Trump Administration won’t be published until Tuesday, but it’s already the talk of TV news. And starting Sunday, Woodward himself will be part of the conversation, as he locks in his TV appearances to promote Fear: Trump in the White House.

His first interview about the book will air on CBS Sunday Morning, and he’ll appear live on Today Monday morning.

The first excerpts from the book began to leak yesterday. Woodward describes a “nervous breakdown” of Donald Trump’s presidency, according to the Washington Post, in which Chief of Staff John Kelly told colleagues he thought Trump was “unhinged” and “an idiot,” and noted “we’re in Crazytown.”

Trump has already tweeted about Woodward’s book more than a dozen times in the past day, calling it “already discredited” and containing “so many lies and phony sources.”

Woodward’s interview with CBS News’ national security correspondent David Martin will air Sunday on CBS Sunday Morning. It’s no surprise that CBS got first dibs on Woodward given that the book is published by Simon & Schuster, which is owned by CBS Corp.

On Monday morning, he’ll appear on Today for his first live interview about the book:

Just in: Bob Woodward @realBobWoodward will be on @TODAYshow for his first live interview MONDAY @TODAYshow