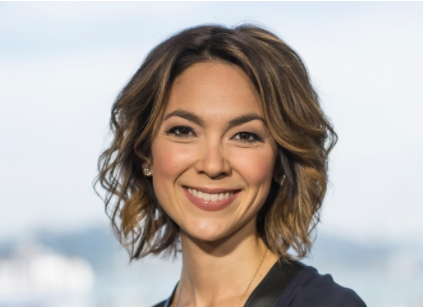 Bloomberg TV’s Bloomberg Technology launched in 2011, and will mark its 10th anniversary with a special episode today, March 1, reflecting on how the tech industry has evolved over the past decade and where it will go next.

Host and ep Emily Chang, who has been with the show since it first aired, will interview special guests including LinkedIn co-founder Reid Hoffman, Cowboy Ventures founder Aileen Lee, as well as Palo Alto Networks chairman Nikesh Arora, who appeared on the very first show in 2011 as Google’s chief business officer.

The show, which airs at 5 p.m. ET / 2 p.m. PT, will also feature highlights from the last decade including top interviews and tech IPOs, as well as some of the most important advances in technology.

She has covered product launches, IPOs, earnings and tech issues relating to privacy, politics and misinformation. She is also the author of the 2018 bestselling book, Brotopia: Breaking Up the Boys’ Club of Silicon Valley, which exposed diversity issues facing the tech industry and proposed ideas for change.

“I have been covering Silicon Valley for eight years, and in whispers everyone would talk about the gender problem,” Chang said at the time Brotopia launched. “Women would complain about it, men would nod their heads, but when you would try to get them in front of a camera or on the record saying it, no one would say what they really thought. At a certain point, I became baffled by how a progressive industry would have such inequality. It really is staggering.”

Chang added: “I believe that is important because let’s be honest, Silicon Valley is changing the way all of us live, and it matters to our children because these companies are creating the products, the video games and the social media that they use,” she said. “I really hope in the second half of my lifetime, things will be more equal. I hope that having a woman engineer, or a woman CEO or a woman running for president, or a woman directing a Hollywood film becomes normal.”

Bloomberg Technology looks back at 10 years of technological achievements: