NEXT:Roger Ailes' Son: 'He Considered How Much Certain People Hated Him As a Measure of Success'
PREVIOUS:Jamie and Brian Stelter Welcome a Baby Girl Into the World

Former Today show co-host Billy Bush graced the cover of the May 24th issue of The Hollywood Reporter, out this morning. Bush spoke candidly about the notorious 2005 Access Hollywood hot-mic incident that took place between the then-reality TV host Donald Trump and Bush. The video was leaked to the Washington Post last October, and was supposed to end Trump’s chances of becoming president. That, obviously, didn’t happen. Bush, on the other hand, was suspended by NBC and then departed Today not long after the leak.

“I was totally and completely gutted,” Bush says.  “I wish I had changed the topic. He liked TV and competition, I could’ve said, ‘Can you believe the ratings on whatever?’ But I didn’t have the strength or the character to do it.”

Bush says NBC executives were aware of the contents of the 2005 tape before it was leaked, and that he himself saw it three days before the leak. He has only watched it three times, and still has no idea who leaked it.

According to the piece, NBC initially signaled Bush would return that Monday to apologize on-air.

“That opportunity never came. Though Bush issued an apology statement, and Trump dismissed his own remarks about grabbing women ‘by the pussy’ as merely ‘locker-room banter,’ many enraged viewers vowed never to watch Today again. That rancor could be felt internally, too, with several NBC News staffers, many of them women, incredulous that Bush would be allowed to return so soon — or at all. By Monday, Bush was suspended. Seven days later, on Oct. 17, he was out with a multi million-dollar severance package and a nondisclosure agreement that prevents him from going into detail about his exit from NBC News.”

“No. I’m in a lot of locker rooms, I am an athlete, and no, that is not the type of conversation that goes on or that I’ve participated in,” he said.

Bush’s tenure as co-host of Today’s third hour was a brief one. After years co-hosting Access Hollywood, he arrived at Today in August 2016, around the time of the Rio Olympics. His hiring was reportedly controversial from the outset, due to his “lack of hard-news experience, and snarky red-carpet presence.” He didn’t help matters when he sparked controversy almost immediately with his interview with embattled Olympic swimmer Ryan Lochte.

Though Bush hasn’t publicly criticized his former bosses, his friends and family are not pleased how NBC News’ executives handled his departure, particularly his older brother Jonathan Bush.

“‘NBC News and [their] crocodile outrage: ‘We are so disappointed with Billy,’ says Jonathan. ‘I think Billy was angry, notwithstanding his own devils to reckon with. You build an identity and reputation over 15 years, and you lose it over 15 hours. And you don’t get to be part of it. You don’t get to say, ‘Hey, wait a minute.'”

The former NBC Newser says he hasn’t communicated with Pres. Trump since the infamous tape became public, but many of his former Today colleagues, including Tamron Hall, Kathie Lee Gifford, Hoda Kotb, Savannah Guthrie, and Matt Lauer have reached out to him to express their support. 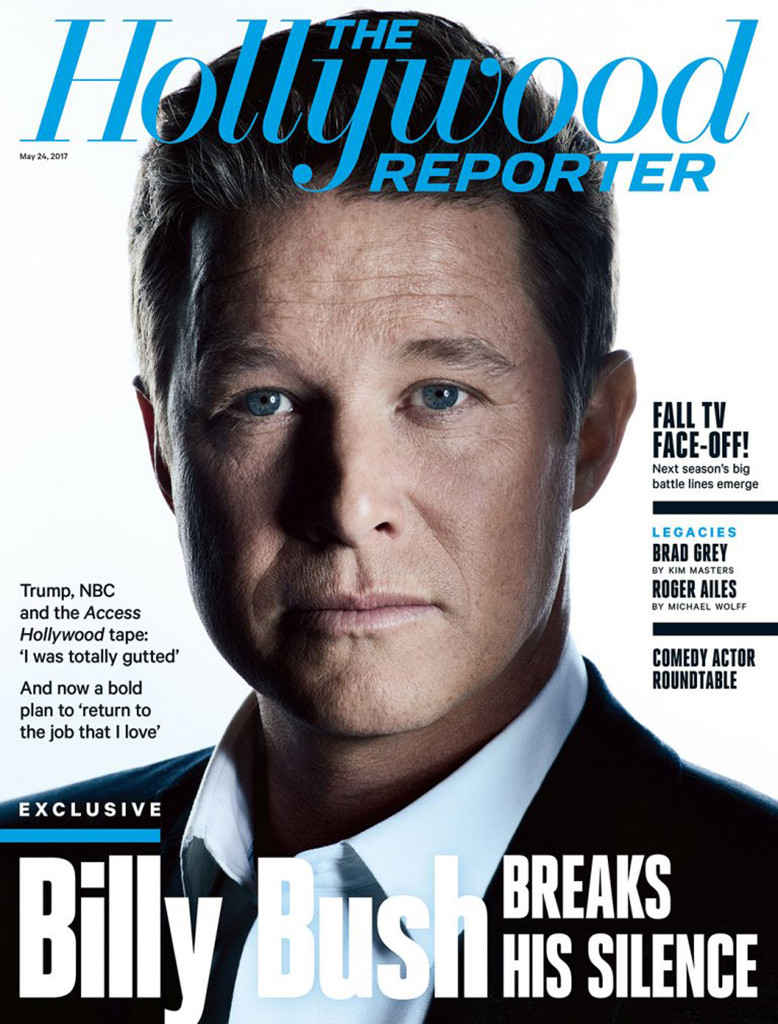