Nearly half of those surveyed in a new poll think Fox News should cancel The O’Reilly Factor. Meanwhile, Bill O’Reilly‘s favorability, which was as high as 80 percent just a few weeks ago, is also falling.

According to the Morning Consult poll, 46 percent think FNC should cancel the show, compared to just 22 percent who say the network should keep it on the air. Conducted between April 13-15, just as O’Reilly left for vacation, the poll found O’Reilly’s favorability dropped 6 percent among all Americans and dropped 7 percent among those who regularly watch his show.

The board of FNC’s parent company, 21st Century Fox, is meeting tomorrow during which O’Reilly future with the company will be discussed. When O’Reilly left for vacation on April 12, the network was insistent he’d be back on April 24. 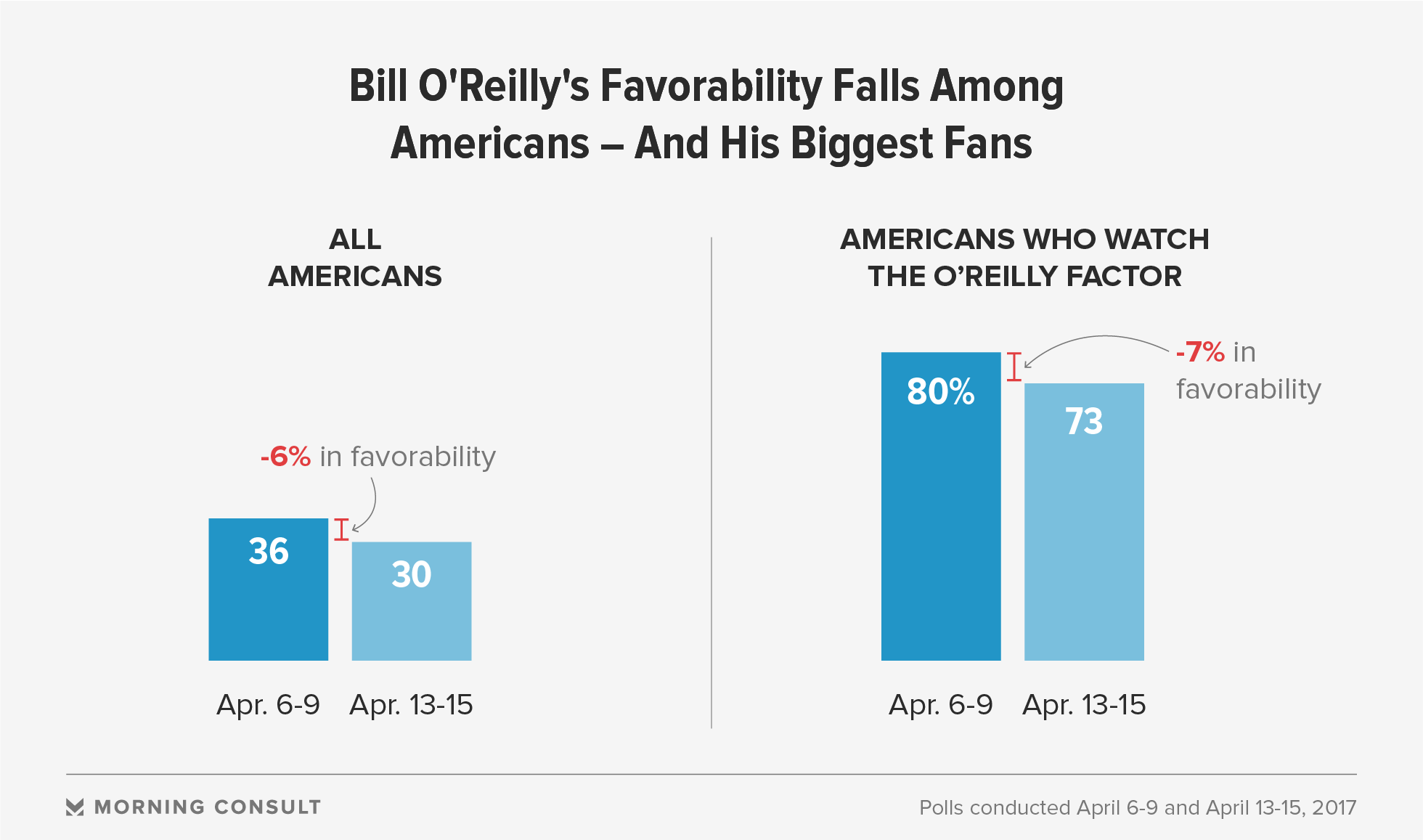