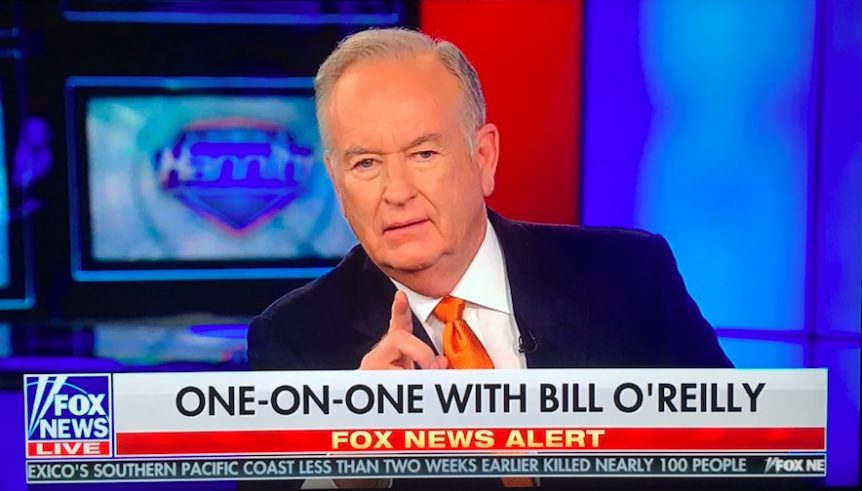 Bill O’Reilly returned to Fox News tonight and opined on #taketheknee, breaking news about Roy Moore winning the GOP primary Senate race in Alabama, Trump, party politics, and, one of his favorite topics, the media.

On with Hannity in his new/old 9 p.m. timeslot, O’Reilly first congratulated his former colleague on being Monday’s most-watched cable news show, a title O’Reilly held for more than 16 years.

“You can say ass!” said Hannity.

In the 35-minute interview O’Reilly briefly alluded to his April dismissal from Fox News which was orchestrated while he was on a family vacation after dozens of advertisers had pulled out of his show over an internal investigation into sexual harassment complaints.

“I have to give you all the credit in the world, you fought back when they came after you last spring. I didn’t. And I should have. But anyway, this is so dangerous to the country. These propaganda people throw this stuff out as fact,” said O’Reilly.

“Let me move on,” said Hannity. 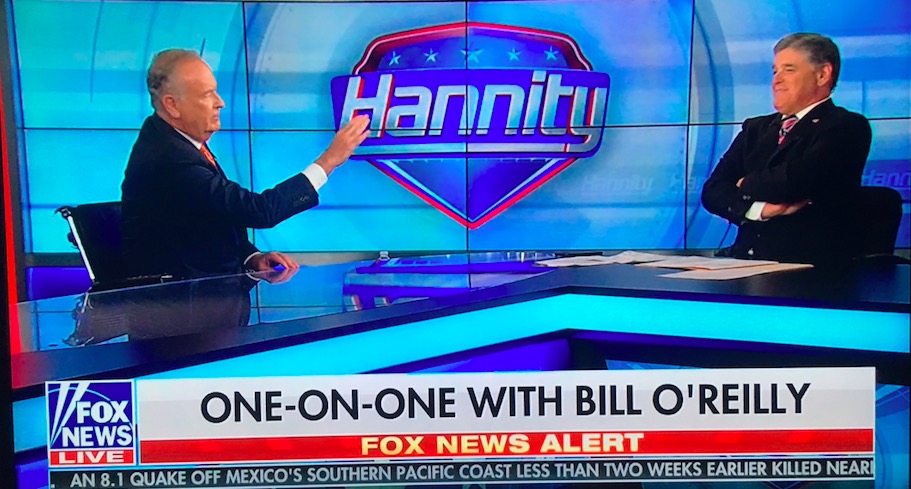