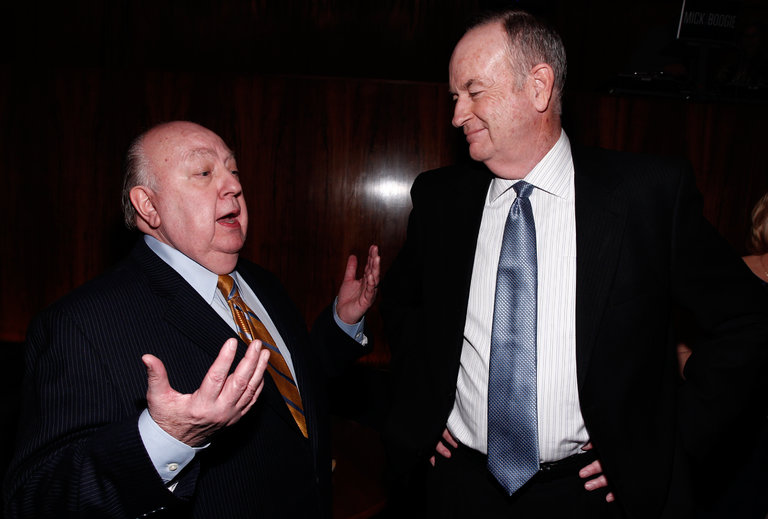 Former Fox News host Bill O’Reilly wrote an op-ed for USA Today last night, where he provides his thoughts on the passing of his friend and former boss Roger Ailes yesterday morning.

One of Ailes’s first hires when the network launched in 1996, O’Reilly referred to the former Fox News chairman and CEO as “a force of nature with an agenda” and someone who was “on a quest to infuse America with traditional philosophy and see to it that conservatives like him were heard loud and clear.”

O’Reilly gave an anecdote about advice Ailes first gave him when he launched his hourly program:

When Roger offered me an hourly program, I asked if he’d like to see a written outline. Ailes scoffed, told me to be fair and tough but, most of all, not to screw it up. I knew that I had to meet his personal challenge: work hard, be honest in my opinions. Do not seek to curry favor. Not once in almost 20 years did Roger Ailes order me to say anything on the air. I had total independence. In private, I sometimes challenged his orthodoxy. I wish I had taped that.

O’Reilly also made the the claim that “the vast majority of Fox employees were sad” when Ailes was forced out last summer after longtime Fox Newser Gretchen Carlson filed a sexual harassment lawsuit against him, which Ailes went on to say was“false” and “defamatory.”

“It’s easy to make judgments from afar — but fair people know that seeking the truth is a complicated and demanding process. In my opinion, few sought the comprehensive truth about Roger Ailes,” O’Reilly writes.

O’Reilly also writes that Ailes experienced a lot of hatred through his life, and “that hatred killed him. That’s the truth.”

The former Fox News host didn’t really address his own ouster from the network last month. The closest he got was when he wrote: “When stuff hit the fan, as it will when you are doing daily political commentary in a polarized nation, Roger had my back.”

He noted the overall influence Ailes had on American media and the conservative movement in this country over the past 30+ years.

“Millions of Americans have been affected by Fox News, no doubt about that,” O’Reilly writes. “In a nation where the national press is generally sympathetic to the left, Fox gives voice to a more traditional point of view that other TV news operations historically ignored. That is a very good thing for our republic, and Roger Ailes is directly responsible.”