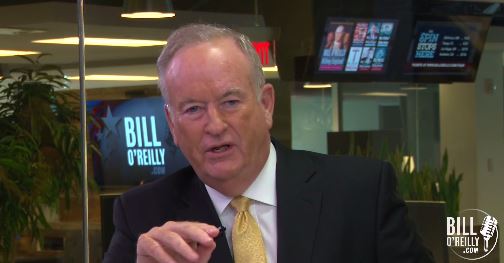 Bill O’Reilly unveiled a new set, and even wore a suit, for the relaunch of his No Spin News. “I’m all dressed up. I don’t like it,” O’Reilly joked at the start.

The ad-free show debuted for subscribers on billoreilly.com last night, and opened up for all today.

The 31-minute show was sort of like watching O’Reilly on Fox News, starting with a Talking Points Memo on the big headlines, including Pres. Trump’s tough talk on North Korea (“He’s not gonna take any guff from North Korea”) with some media criticism sprinkled in (“It’s not your job to scare people, Brian (Williams). If people want to be scared they’ll watch MSNBC all day long.”)

O’Reilly also had two guests, CNN’s Michael Smerconish (“They must be paying you like $10-$12 million to do that show,” O’Reilly said to Smerconish) and syndicated columnist Ruben Navarrette. He also shared a clip from a recent concert hall event with Dennis Miller.

Smerconish joked that he’s trying to “lure” O’Reilly onto his show. And it worked. At the end of the chat, O’Reilly said, “I’m gonna do your program in September when the book comes out.” O’Reilly’s latest Killing book, Killing England, comes out Sept. 19.

O’Reilly, who was the most-watched cable news host for two decades, was pushed out of Fox News in April following a 21st Century Fox review into his behavior toward women employees.