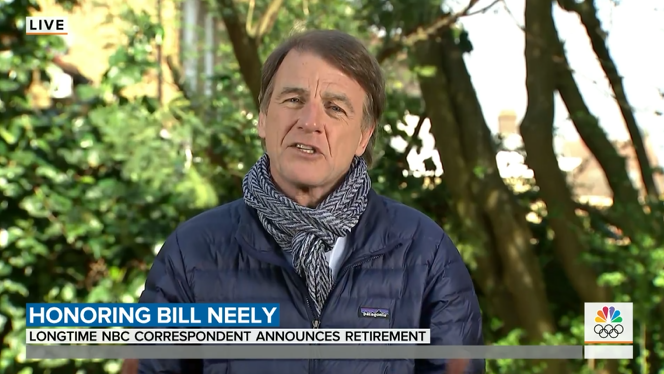 Longtime TV news correspondent Bill Neely announced his retirement from NBC News and from the industry at large on Monday.

Neely joined NBC News in 2013 as chief global correspondent based in London. The Belfast native arrived at NBC from Britain’s ITV News, where he had spent 25 years, including an 11-year stint as the company’s International Editor.

One of Neely’s biggest achievements over the eight years at NBC was his 2016 exclusive interview with Syrian President Bashir Al-Assad.

He told TVNewser in 2016 that he had begun the leg work that would finally land him that huge huge exclusive years earlier. “I travelled to Syria to cover the war five years ago,” said Neely “And on each of my 10 trips I pushed for an interview with President Assad. It finally came through.”

Neely’s reporting from across the globe for NBC News and ITV News has earned many prestigious awards, including numerous Royal Television Society awards, an Emmy for coverage of the 2008 earthquake in China, and an unprecedented three consecutive BAFTA awards, the British equivalent of the Oscars, for his work in China, Haiti, and the U.K.

During his final check-in with the Today show, Neely told the hosts and viewers: “It’s such an amazing privilege that NBC and American broadcasters gave me — A punk kid from Belfast with a dodgy accent — to be allowed into your living rooms and your kitchens, to tell the story of your president, of your troops on the front line. That is privilege and such a responsibility and it’s extraordinary that you gave it to me.

And thank you so much for it, because I’ve had a blast.”