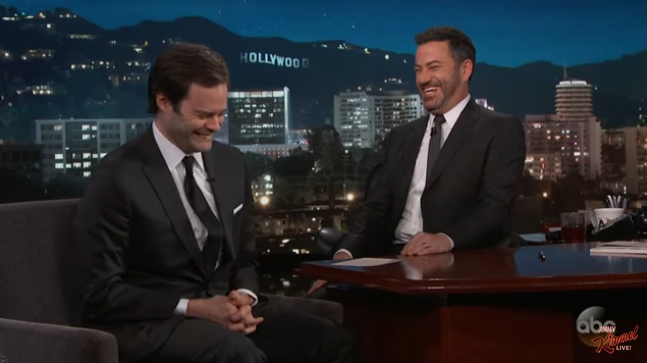 Bill Hader may no longer be a cast member on Saturday Night Live, but he still has love for NBC programming.

Apparently, Hader is a big Dateline NBC fan, and when asked by Jimmy Kimmel to do one of his “most obscure impressions,” he went with Dateline’s male correspondents Keith Morrison, Josh Mankiewicz, Dennis Murphy, and host Lester Holt.

If you’ve ever seen Hader work, you’re aware he’s far better than most when it comes to doing impressions of celebrities, and he doesn’t disappoint here.

On Sunday’s episode of Dateline, Lester Holt sits down wth rapper Meek Mill a day following his prison release and talks to him about criminal justice reform.