NEXT:'The Mooch' Scores for CBS, Not So For ABC
PREVIOUS:Deirdre Bolton Returns to Fox Business 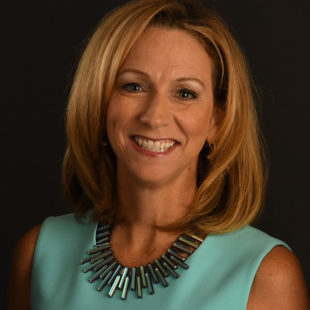 The NFL on CBS is debuting five new broadcast teams for the upcoming season, and one of the teams is particularly newsworthy. CBS Sports has decided to add play-by-play announcer Beth Mowins to its lineup, where she will be teamed with former Pro Bowl kicker-turned NFL game analyst Jay Feely. Mowins becomes the first woman to ever call play-by-play for CBS’s NFL contests. The Mowins-Feely team will debut on September 24th, calling Browns-Colts.

The September 24th NFL game broadcast will not be Mowins’s first. She will call the second opening-week ESPN Monday Night Football game between the LA Chargers and Denver Broncos, which will take place on September 11th. This will be the first nationally televised NFL game called by a woman.

Mowins has been calling college games for more than a decade and has been the Oakland Raiders’ preseason play-by-play announcer since 2015.

CBS Sports will once again by led by the network’s iconic lead play-by-play announcer Jim Nantz, who will be joined for the first time by former Dallas Cowboys quarterback Tony Romo and sideline reporter Tracy Wolfson.

The new lead trio of Nantz, Romo and Wolfson also will call Thursday Night Football games on CBS and NFL Network, in addition to the top Sunday games.

Ian Eagle, Dan Fouts and Evan Washburn remain the network’s No. 2 team and call CBS Sports’s top game on Sundays when Nantz, Romo and Wolfson are off.

The following are the NFL on CBS announcer pairings for the 2017 season (play-by-play/analyst//sideline reporter):