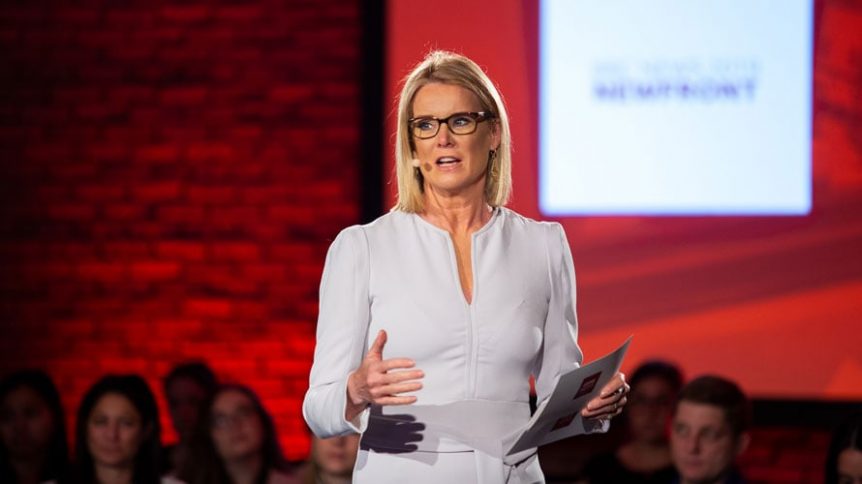 TVNewser covered BBC News’ third annual Digital Content NewFront presentation on behalf of Adweek yesterday at Dream Hotel in New York, and while the general theme of “brand safety” was at the heart of the presentation to buyer and agency partners in the room, BBC Global News chief executive Jim Egan made some poignant remarks about the state of television journalism and why brands should buy the news in this tumultuous time in which we’re living.

“We probably weren’t expecting this session to be a morality and ethics lesson, but this is a serious and a highly important point—that we are living through times, whether we like it or not, that our children will be studying and historians will be writing about for many decades to come,” said Egan.

“That’s not just here in the U.S., or in the U.K., but in places like Venezuela, or India, where the world’s biggest elections are currently underway—and if you want those events to be reported in meaningful and insightful ways, the quality of news has to be funded,” he continued. “I don’t think the right response to the understandable concerns that advertisers, agencies and brands have about news is to simply say: ‘Well we aren’t going to advertise on news at all,’ because that will make what we’re seeing in the industry worse, rather than better, and I think there is a social impact here that it’s appropriate for everyone to think about.”

The network hammered home the theme of “evolution,” hoped to demonstrate to advertisers how it has stayed one of the world’s most popular and unifying news outlets for 100 years, while striving to evolve and innovate its voice with the times.

BBC Storyworks director Krystal Bowden spoke about Project: Songbird, which is a plan to create automated audio versions of all BBC News’ online articles; new BBC feature verticals The Future Sound of Music, Future You and Discovery, as well as BBC Travel series The Future of the Past and The 20/20 Project.

“Hearing a story told with an authentic voice helps people connect to it more strongly. We are seeing a robust, increasing demand for audio content,” said Bowden.

Beyond 100 Days presenter (and frequent Morning Joe contributor) Katty Kay hosted yesterday’s presentation, and said BBC News is in the business of touting a voice of trust and impartiality.

“At BBC, we believe that sharing our voice, connecting our stories, giving you the news and bringing people together, even in this very divided world we live in, is something to celebrate.”