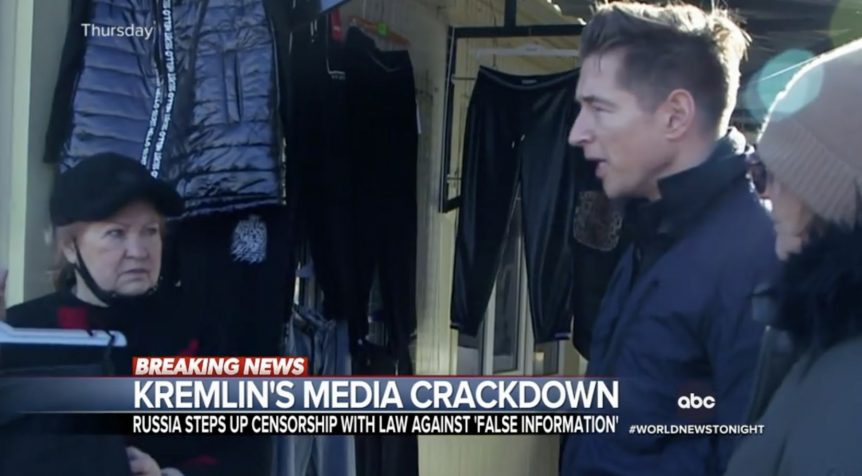 Russian parliament passed legislation Friday stating journalists and individuals in the country may be imprisoned for up to 15 years if they report “fake” information about what’s taking place in Ukraine.

U.S. and global TV news outlets are now suspending their Russia-based operations in response to the government’s new law cracking down on accurate reporting about the invasion.

BBC was one of the first major global news outlets to cease its Russia-based news operations. CNN followed shortly before 5 p.m. ET. Now, Bloomberg is suspending its operations, with Bloomberg editor-in-chief John Micklethwait telling staff in a memo, “The change to the criminal code, which seems designed to turn any independent reporter into a criminal purely by association, makes it impossible to continue any semblance of normal journalism inside the country.” Micklethait added that Bloomberg News “will continue to write and broadcast about Russia, Ukraine and the rest of the world—but for the moment we will do that from outside Russia.”

ABC News also decided to suspend its news operations in the country on Friday, with a spokesperson telling TVNewser, “Because of the new censorship law passed in Russia today, some Western networks including ABC News are not broadcasting from the country tonight. We will continue to assess the situation and determine what this means for the safety of our teams on the ground.” ABC News foreign correspondent James Longman has been reporting for the network from Russia. It remains to be seen where he’s being moved to.