Yet the basic cable powerhouse lost its stranglehold on the No. 1 ranking in prime time. Its 14-week streak as the No. 1 basic cable network in the key daypart came to an end this past week, with ESPN seizing the top spot thanks to its coverage of the 2018 U.S. Open.

FNC claimed 11 of the top 25 cable telecasts overall in total viewers last week, including Hannity, Tucker Carlson Tonight, The Five, and The Ingraham Angle. In fact, Hannity made up three of the top 10 telecasts in all of basic cable.

MSNBC was once again the second-most-watched network across basic cable in total day, and slipped to No. 3 in prime time, as shown below, thanks to yet another dominant performance by The Rachel Maddow Show.

CNN ranked No. 6 across basic cable in total prime time viewers, and No. 5 in total day this past week. Despite the top 10 finishes, the network was -36 percent in prime time viewers, and -41 percent in total day viewers vs. the same week last year. During the same same week in 2017, cable news provided wall-to-wall coverage of Hurricane Irma. Significant breaking news stories tend to give CNN a bigger ratings boost than what Fox News or MSNBC traditionally get. The audience drop off for CNN isn’t totally shocking, relative to that of its rivals isn’t totally shocking.

Shifting to sports news, not only did ESPN rank No. 1 in prime time for the week of Sept. 3, but it posted +7 percent audience growth vs. the comparable week in 2017.

The most-watched telecast of ESPN’s presentation of the 2018 Open was the Women’s Championship on Sept. 8–Naomi Osaka defeating Serena Williams–which earned an average of 3,101,000 viewers, ranking third all-time.  On the men’s side, Novak Djokovic winning his third U.S. Open and 14th Major title over Juan Martin del Potro averaged 2,065,000 viewers. 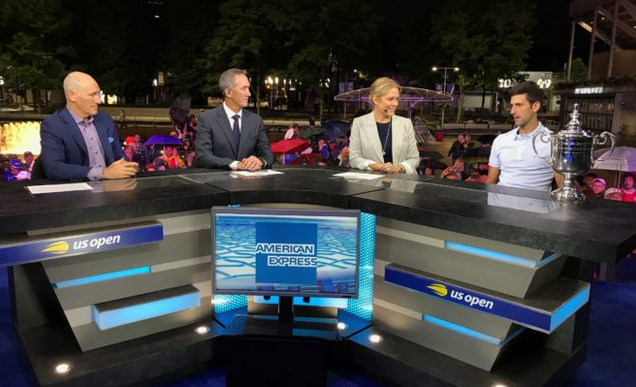