NEXT:Tom Llamas: 'I Don’t Know How You Cover Any Disaster and Not Have Some Type of Emotional Connection'
PREVIOUS:Aug. ’21 Ratings: MSNBC Is No. 2 Basic Cable Network for 6th Straight Month, But Sees Audience Losses From July 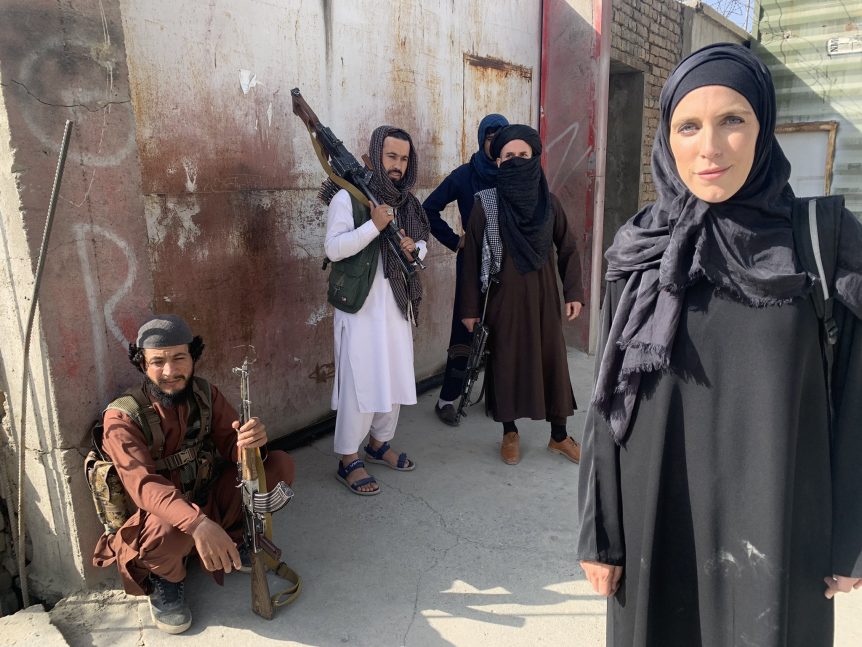 In-depth coverage of the conflict in Afghanistan provided CNN with a nice boost this month in total day viewership and among adults 25-54, a demo that flocks to the network during periods of breaking news.

Despite growth in the demo in August, the network saw a decline in total primetime viewers, and came up short in that category to rival MSNBC. Despite the primetime decline, CNN still ranked as one of cable TV’s 10-most-watched networks (No. 7 in primetime / No. 3 in total day), and continues to beat rival MSNBC in the key A25-54 demo.

Relative to the previous month (July 2021), CNN shed -4% in average total primetime viewers, ye gained +1% in the primetime demo. There was growth in both total day viewers (+4%) and in the total day demo (+9%).

On the programming front — Each CNN hour from 9 a.m.-9 p.m. beat its MSNBC timeslot competition. Erin Burnett Outfront, Anderson Cooper 360 and Don Lemon Tonight surpassed MSNBC in the key A25-54 demo. CNN’s 9 p.m. offering Cuomo Primetime was the network’s top-rated show for the month, but saw losses from July.

Additionally, the CNN original series History of the Sitcom was No. 1 in cable news its weekend time period in total viewers, and adults 25-54

For more information, below is the network’s ratings press release:

CNN’S Original Series History of the Sitcom is #1 in Cable News and Jerusalem: City of Faith and Fury Ahead of MSNBC by Triple Digits

CNN beat MSNBC in Total Day, M-Su prime time, dayside and on weekends in the key demographic adults 25-54 in August according to Nielsen data.  Year-to-date, CNN is the top-rated cable news network – outperforming MSNBC and FNC — in Total Day among 25-54 and is a top 10 cable network in total viewers across every daypart this month. CNN’s newest Original Series History of the Sitcom and Jerusalem: City of Faith and Fury finished their seasons ranking #1 and #2 respectively in cable news in August across all demos.  CNN continues to have the youngest audience in cable news in Total Day and prime time and reaches the largest cumulative TV audience among both total viewers and 25-54, 2021-to-date.  CNN’s digital platforms are also having record numbers, making CNN the most watched and most used news and information brand in the world.

(Of note:  All CNN, FNC and MSNBC dayparts and programs are registering double-digit declines compared to August last year due to the heightened news cycle from the coronavirus pandemic.  In addition, the RNC and DNC National Political Conventions took place in August 2020 and had increased viewership.)

On Sunday mornings, all CNN programs outperformed MSNBC this month.  Inside Politics with Abby Phillip (8am) topped MSNBC in the demo (89k vs. 46k).  State of the Union with Jake Tapper/Dana Bash (9am, noon), Fareed Zakaria GPS (10am, 1pm) and Reliable Sources with Brian Stelter (11am) all ranked #2 in cable news, topping MSNBC in both total viewers and the 25-54 demo in August.

CNN Films Shorts which premiered on 7/31 and 8/7 from 9-10pm and included: 58 Hours: the Baby Jessica Story, Super Reviewers: Rate, Review, Repeat, The Bunker Room: Better Safe than Sorry and Lessons from the Water: Diving with a Purpose. In the 9-10pm hour when these film shorts premiered, CNN ranked #2 in the adult 25-54 demo.

Cable News TV Reach
CNN continues to reach the largest cumulative TV audience of any cable news network so far this year, making this the 20th consecutive year on record for the network.

2021-to-date CNN reaches more people in the US than any other news brand across TV and digital among adults 25-54 and adults 18-34.

Note that Comscore Xmedia data is delivered on a delayed schedule and therefore the above reflects Jan-May 2021.

CNN Digital viewing added a 1.8% lift (or monthly 11k) to CNN’s P2+ 627k total day TV audience for a total of 638 thousand across platforms in August.