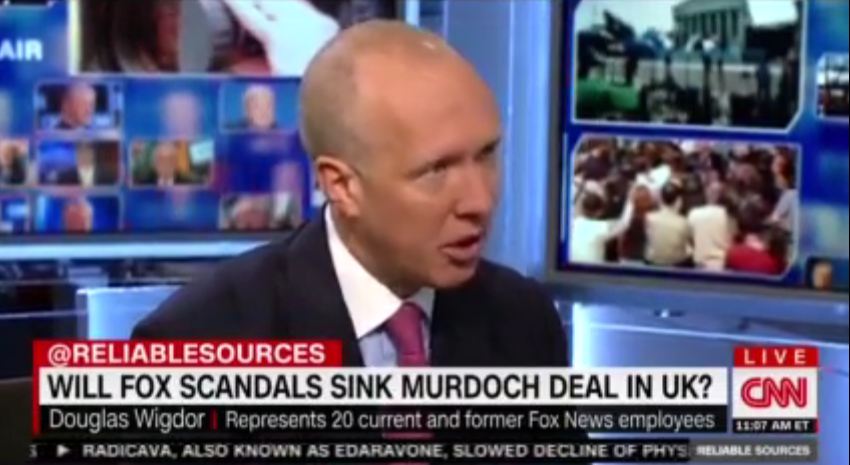 Douglas Wigdor, a New York attorney representing 20 current and former employees of Fox News, met today with Ofcom (the U.K.’s Office of Communications) and said the only way to get to the truth of alleged harassment at Fox, is to let the plaintiffs speak.

Ofcom is the agency that must determine whether 21st Century Fox, and its majority shareholders, the Murdoch family, are “fit and proper” owners of British broadcaster Sky. 21CF is attempting to acquire the company.

“I told Ofcom that the only way for them to get the full truth of what the Murdoch media has done to its victims, is for the company to remove the chokehold clauses that bind victims to silence,” said Wigdor after his meeting. “These are Fox’s ‘hidden figures’ — talented, brave people who fought for their rights but were threatened, bullied and permanently gagged. 21st Century Fox must let them speak to Ofcom.”

In December 2016, 21st Century Fox made a $14 billion offer for the 61 percent of Sky it doesn’t already own. An earlier deal to buy the company was shut down in 2011 by the notorious hacking scandal.