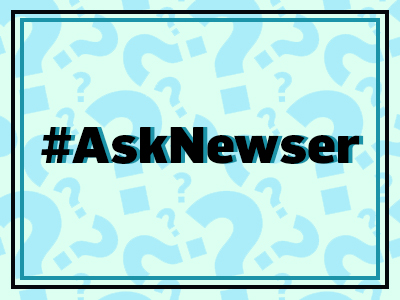 Wednesday is, of course, Inauguration Day. To mark the occasion, we thought a fun #AskNewser would be to ask anchors and correspondents from across the national news industry for the most memorable experience they’ve had reporting on a presidential inauguration, and why?

Fox News’ Dana Perino turned the clock back to before she entered the TV news space, and recalled her final day as White House press secretary — Jan. 20, 2009: “When I think of Inauguration Days, I immediately think sunny skies, freezing temperatures, tons of security, and making my way to the White House for my last day as White House press secretary on January 20, 2009,” said Perino, the new co-anchor of America’s Newsroom. “I maneuvered through the checkpoints, and thanked the Marine for opening the door to the West Wing. I checked my office, but there was no one there. I took my last case of Presidential M&M’s down to the briefing room where a few reporters and crew were getting ready to cover President Barack Obama’s first afternoon at the White House. We hugged and laughed. I would miss them. My next stop was to the Oval Office. The President urged me not to cry and tried to tell me a joke to take my mind off of our impending good-bye. There’s a photograph of us there together, his arm around me, big smiles on our faces as I looked up to him. When he put on his duster and hat and walked out to the South Lawn for one last walk to the East Wing as President, I knew that was the period at the end of that chapter of my life. It was a good read.” 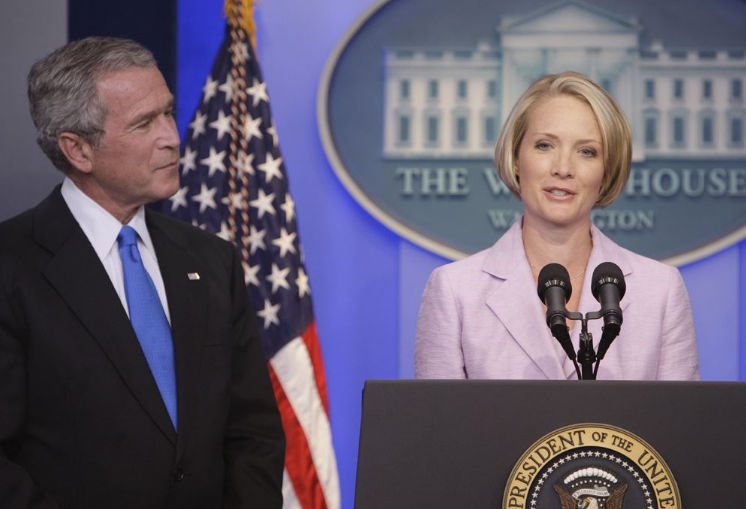 Perino as WH press secretary next to POTUS 43.

Her colleague, America’s Newsroom co-anchor Bill Hemmer adds: “This will be my sixth Inauguration and each has its own distinct character which captures the candidate. But as in everything, the people define it.  President Bush’s second inaugural in 2005, one of the coldest days I can recall in DC, where he made his case for Democracy around the world, foreshadowing the tough days ahead in Iraq. In January 2009, I was on the National Mall during President Obama’s speech. Standing next to a 65-year-old African-American man who drove all night from Louisiana, wearing a fading purple LSU jacket, tears streaming down his face when seeing President Obama introduced. Those were moments.” 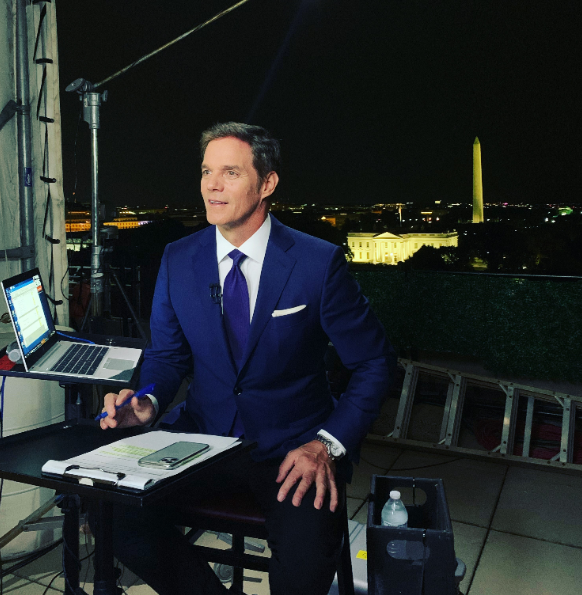 CNBC Washington correspondent Eamon Javers recalls covering the protests that were taking place during the 2017 inauguration.

“I was squeezed shoulder to shoulder with other reporters doing live shots at the inauguration platform as President Trump was sworn in,” he said. “As soon as we heard that anti-Trump protestors were beginning to riot downtown, we rushed to the scene. We were confronted with a chaotic moment- rioters had torched a parked limousine that was belching smoke and fire. Young men in bandanas and helmets were skirmishing with law enforcement. We were live on the air in the middle of the street when officers – or someone- began throwing flash bang grenades and launching teargas.”

Eavers adds: “In the middle of my live report I was suddenly surrounded by darkness and gas, with panicky people running in every direction. My clear-headed producer Karen James calmly steered me and our cameraman to the nearest open doorway for shelter – reporting live the whole way. We crashed through the door, and found ourselves in the middle of a softly lit hair salon full of older Trump supporters getting their hair done for the inaugural ball. It was the most surreal moment of my career. And in retrospect, it was a real-time manifestation of the two very different realities Americans find themselves living in now.”

So how about Wednesday’s inauguration?

“This year, I expect the roles to be reversed but the American divide will remain just as surreal,” said Javers, adding, “The hair salon clients, by the way, all continued with their hairdos even as management was generously giving us water to wash the smoke and gas out of our eyes.” 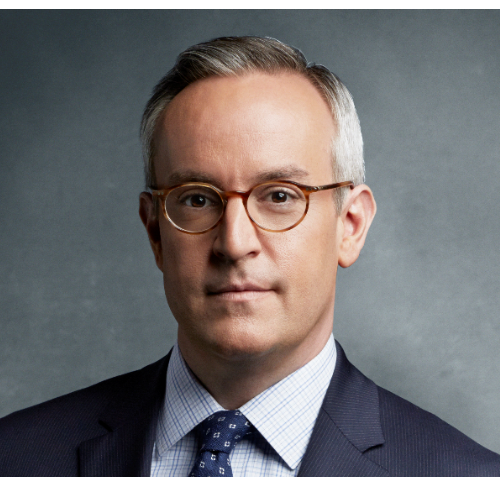 “It ended and I remember George Stephanopoulos saying something like, ‘Well that was an inauguration speech unlike any we’ve heard before.’ And he was so right,” said Vega. “I vividly remember studying the faces of the Obamas as President Trump gave that speech. Their looks spoke volumes. And now here we are four years later, on the verge of witnessing another inauguration at the same site where an insurrection took place two weeks earlier. It’s surreal.” 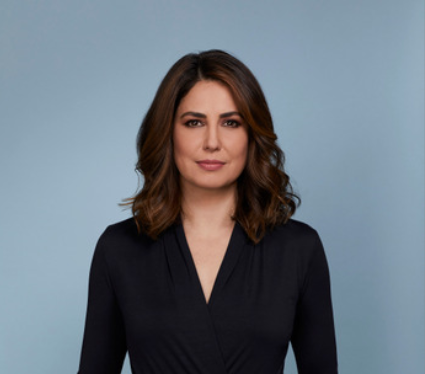 MSNBC senior national correspondent Chris Jansing said her first inauguration was Bill Clinton‘s first inauguration. “I remember vividly standing just under the riser, listening to Maya Angelou as she recited the extraordinary ‘On the Pulse of Morning,’ said Jansing. “I was able to call my father, a patriotic child of immigrants, on a precursor to today’s cell phone and we both became very emotional. In the four subsequent inaugurations I covered, there has always been a point when I am moved by this extraordinary moment in democracy: the peaceful transfer of power.” 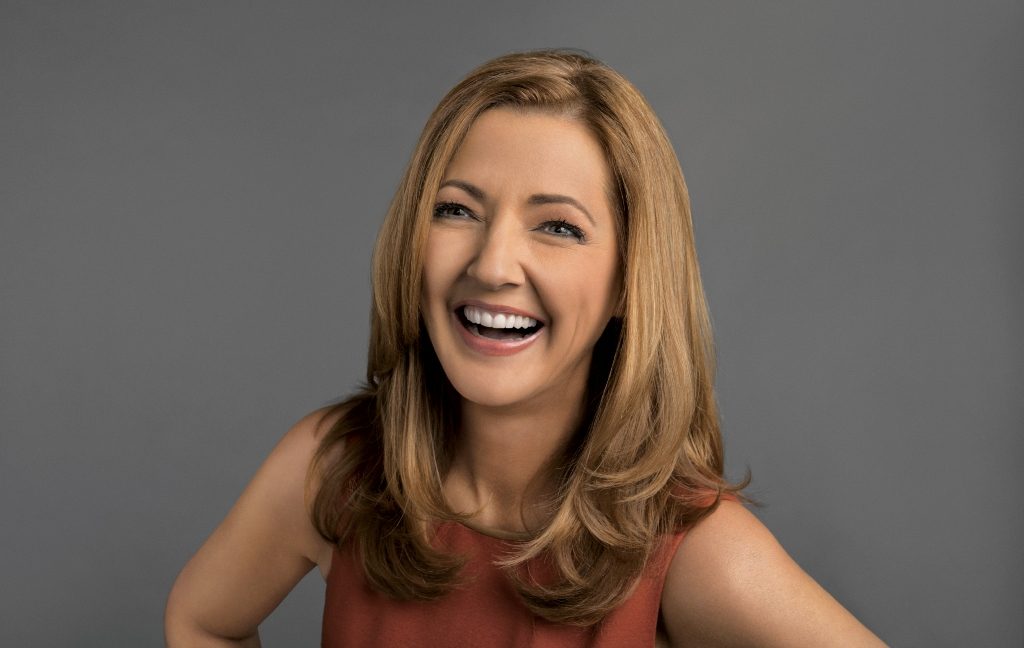 “My daughter Lila was due on Election Day 2008, so I was on maternity leave when Inauguration Day rolled around,” said Cordes. “I didn’t want to miss all the action, so I asked CBS if I could take a one-day leave from my leave. It was quite a shock to the system to go from snuggling up with a newborn at home to working outside for 16 hours in freezing temperatures! I ran around everywhere: St. John’s Church in the morning, then the parade route, then the reviewing stand. I ducked into a bathroom at the Hay Adams Hotel every few hours to pump. I remember Katie Couric asking me on air about my high school homeroom teacher in Hawaii, who had been President Obama’s homeroom teacher, too. I rhapsodized about Mr. Kusunoki and got a really nice email from Mr. Kusunoki the next day.” 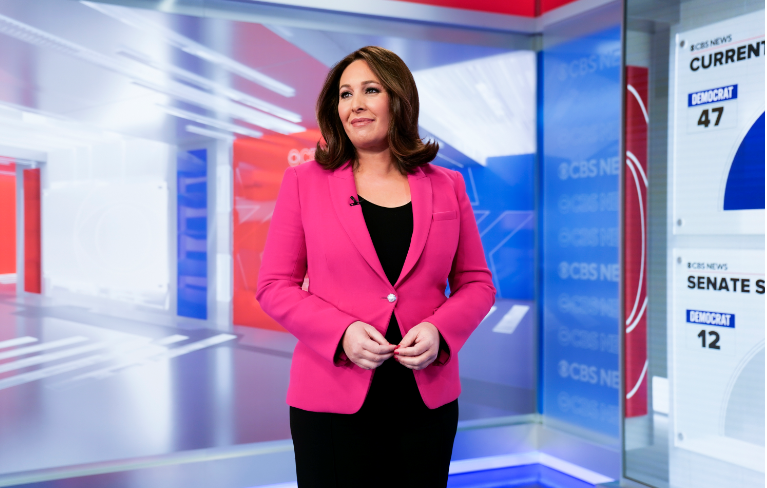 CNBC Washington correspondent Kayla Tausche provided her memories of covering inauguration day 2017, telling TVNewser: “In 2017, I moved from New York to DC to cover the Trump Administration – as did a slew of advisors, attorneys, attaches and Cabinet nominees coming from the Trump Organization and high finance – and commuted back and forth for months on Amtrak.”

Tausche added: “On the Saturday after Inauguration,  the escalators at New York’s Penn Station had been turned off to allow them to serve as dual-direction staircases. In order to keep the logjam moving, I found myself assisting Wilbur Ross, a longtime frequent guest on CNBC and nominee to run the Department of Commerce, lift his red patent leather Louis Vuitton suitcase up the stairs.  That was the first of many memorable run-ins with officials along the I-95 corridor and on the Delta shuttle over the Trump years. But as far as Inauguration ceremonies, the memory of this year’s heavy military footprint and empty National Mall will stay with me for a very long time.”