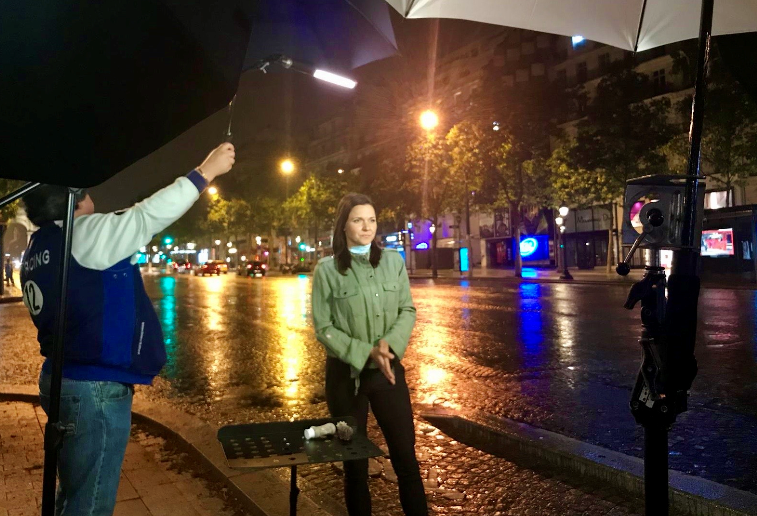 Global travel and reporting on global affairs have become quite challenging in the Covid-19 era. With that in mind, we felt now would be as good a time as any to have foreign correspondents weigh in for the next installment of #AskNewser.

To them, we posed the following question: “What is the most challenging part of your job right now, and what types of adjustments have you made to remain an effective journalist during the pandemic?” A broad question, but one we felt U.S. TV newsers based abroad would provide some compelling answers to.

First up, CNN international security editor Nick Paton Walsh. As of publication time, he is in Brazil, and reported from the capital city of Brasilia Monday morning on the 5,000 Brazilian key workers in the healthcare system to receive a new trial coronavirus vaccine from Oxford University and multinational drugmaker AstraZeneca.

“At first, travel restrictions meant suddenly the world was very small: You could interview someone on Skype in minutes, as we all tried to understand what was happening. Normally the story is in a place you go to and can then leave,” Walsh told TVNewser. “This time it was in and around your home as well as everyone else’s home. My previous homes in Beirut, Bangkok and Kabul have been caught in the story before, but there was something more universal about this that made it—instead of being more chilling—oddly comforting. Whatever happened, happened likely to humanity.”

Walsh continued, “As travel has become more possible, here in Brazil the normal shoe leather aspect of going to places and meeting people has been tempered a bit. You have to weigh every place and every person. Privacy concerns mean you often don’t push in areas you would normally reach into as second nature. It’s been challenging to create powerful and incisive TV sometimes with one hand behind your back, also often in hospital scenes of chilling silence and inactivity. But it’s also been uplifting—from start to end—to see the extent to which people still want to help, share and ultimately value information that’s been responsibly sourced. Often news is something people turn to out of curiosity or boredom; these past months we’ve become a tool for survival. That’s the norm in war zones to some degree, but not in North London, for example.” 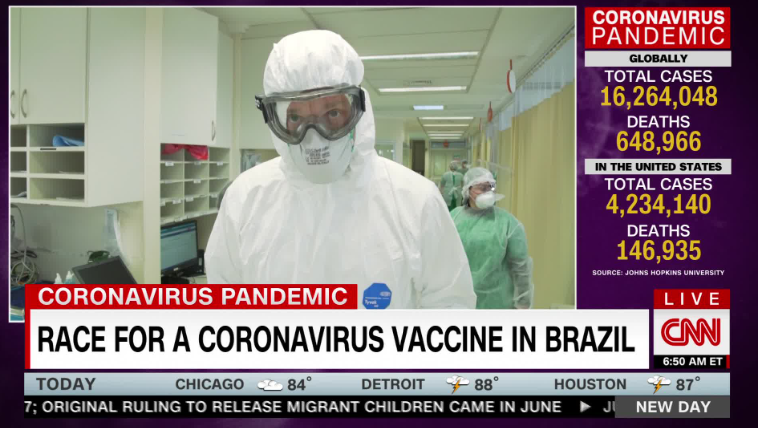 For Fox News foreign correspondent Trey Yingst, not being able to see the face of the person he’s interviewing is the most difficult part of his job right now.

“As humans we use facial expressions to show we’re listening and to show empathy with someone who is talking,” says Yingst. “Masks make that difficult, but they are crucial for our safety.”

“I’ve really focused a lot on meditation and working out,” he said. “I think it’s important to take care of your mental and physical health, in order to be productive during the day. We report on death and sickness so much. Taking time to disconnect is key.”

Good words to live by, virus or no virus. 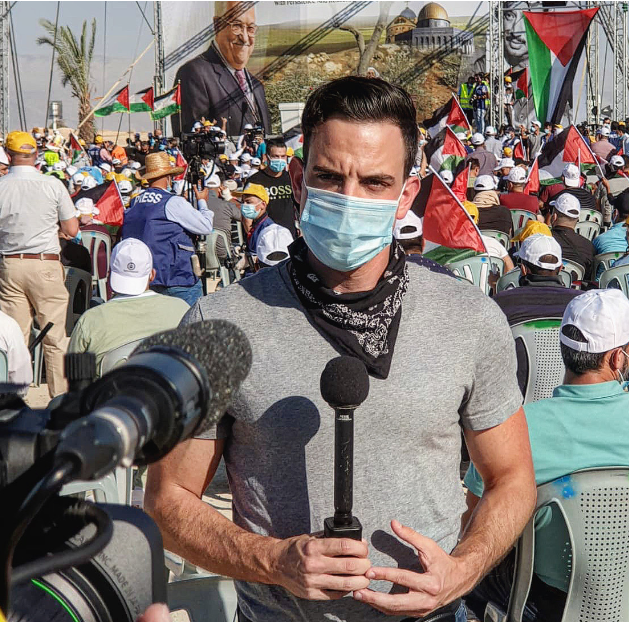 ABC News foreign correspondent Maggie Rulli seems to echo Yingst’s statement, that being unable to show or to read facial expressions and having to change the way she communicates more generally have made her job all the more challenging.

“When I’m trying to have an intimate conversation during a heartfelt interview but can’t read their reaction, or when I’m approaching a stranger on the street to get their take on a situation and they can’t see I’m smiling to be friendly, or when I’m trying to ask for directions but don’t speak the language and I can’t mime my way through—at first, wearing a mask was an uncomfortable barrier,” said Rulli. “But over time, people—myself included—have adapted. I’ve started to use my eyes—and to look more deeply into other’s as well. Hands and body gestures are relied on more than ever. And at the end of the day—whether you’re on-air or off—people can still see a smile on your face despite the mask … and no matter what language you speak.” 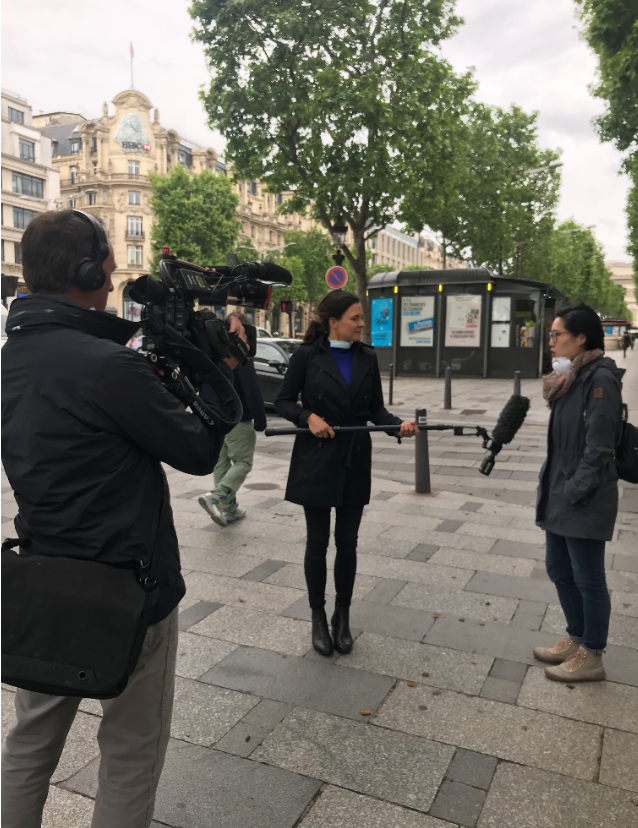 For CBS News foreign correspondent and 60 in 6 correspondent Seth Doane, who’s based in Rome, general difficulties of international travel have made reporting on the pandemic extremely difficult.

“Covid tests, quarantine restrictions, travel bans and canceled flights have made the logistical hurdles much more complicated,” said Doane. “This coronavirus touches so many aspects of our lives that nearly every story—to some degree—becomes a Covid-19 story.”

We’re in the midst of an extraordinary time, and Doane notes this is a story that deserves all of the attention it’s getting.

“Those of us with the opportunity and responsibility to cover it are feverishly taking as many notes as possible in this epic first draft of history,” said Doane. 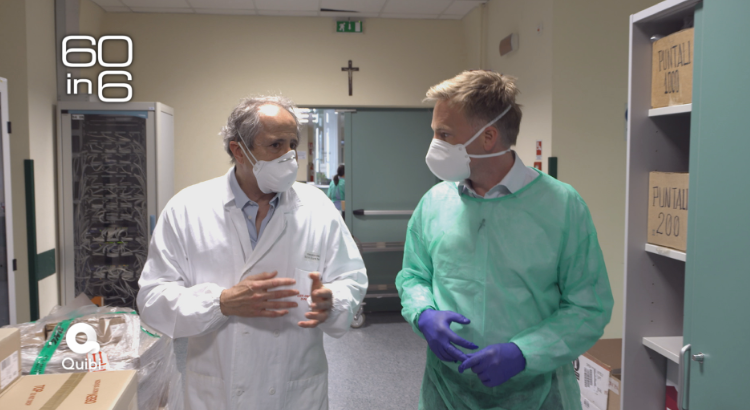 CBS News foreign correspondent Elizabeth Palmer said the inability to travel easily has been by the far the most challenging part of her job. “We have had to adapt to doing television journalism remotely, which is time-consuming and awkward,” she said. “For our stories on electronic monitoring of lockdowns in both Israel and Russia, we had our main characters film themselves on their iPhones. I then interviewed them on Zoom and assembled the reports here in London.”

Palmer said that she and her team are desperate to travel to some of the countries like India most affected by Covid, but so far foreigners are not allowed in.

“It has left blind spots in our international reporting on the coronavirus, and how it has changed the world’s most vulnerable people,” she said. 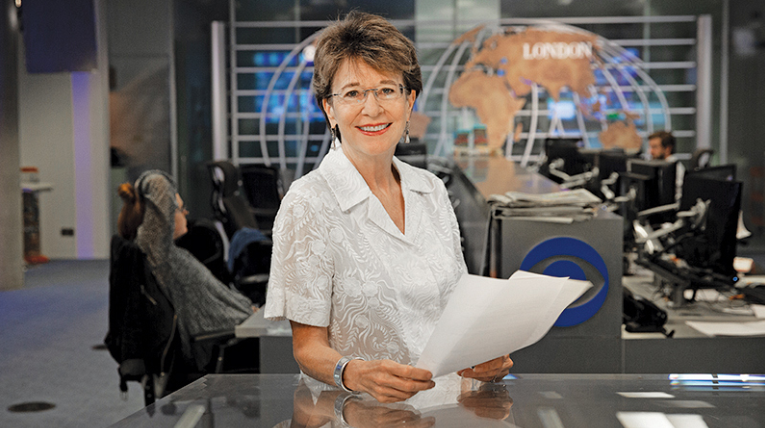