NEXT:Savannah Guthrie on Today Transition: 'It Was Hard ... but Something Positive Has Happened'
PREVIOUS:CBS Sunday Morning Grows Audience 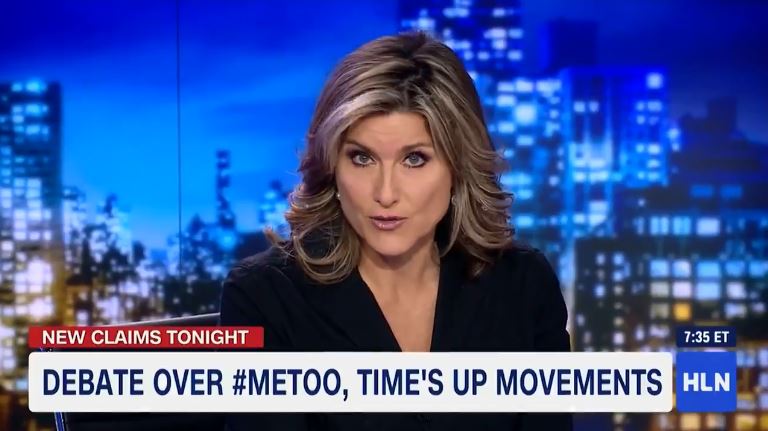 HLN anchor Ashleigh Banfield is seeing support from all corners of the media following a fiery back and forth over her stand on an article published last weekend.

Banfield argued this article published Saturday on Babe.net, damages the true mission of the #metoo movement.

A 23-year-old woman, who remained anonymous, came forward with sexual misconduct accusation against actor Aziz Ansari. The woman, called “Grace” in the story, told her story to writer Katie Way. “Grace” said her date with Ansari “was by far the worst experience with a man I’ve ever had.”

Ansari responded by saying that whatever happened on their date was “completely consensual.”

Banfield went on the air Monday calling out the accuser:

.@TVAshleigh blasts @MasterofNone star @azizansari‘s anonymous sexual assault accuser in an open letter: “You have chiseled away at a movement” pic.twitter.com/dbSdy2L1kh

Banfield said she wasn’t sure if she’d be back on the air Tuesday, not knowing how the public or her bosses would take the commentary. But she was back. In fact, producers tried to book Katie Way for Tuesday’s show. The 22-year-old Babe.net writer declined with this scathing email response:

It’s an unequivocal no from me. The way your colleague Ashleigh (?), someone I’m certain no one under the age of 45 has ever heard of, by the way, ripped into my source directly was one of the lowest, most despicable things I’ve ever seen in my entire life. Shame on her. Shame on HLN. Ashleigh could have “talked” to me. She could have “talked” to my editor or my publication. But instead, she targeted a 23-year-old woman in one of the most vulnerable moments of her life, someone she’s never f—— met before, for a little attention. I hope the ratings were worth it! I hope the ~500 RTs on the single news write-up made that burgundy lipstick bad highlights second-wave feminist has-been feel really relevant for a little while. She DISGUSTS me, and I hope when she has more distance from the moment she has enough of a conscience left to feel remotely ashamed — doubt it, but still. Must be nice to piggyback off of the fact that another woman was brave enough to speak up and add another dimension to the societal conversation about sexual assault. Grace wouldn’t know how that feels, because she struck out into this alone, because she’s the bravest person I’ve ever met. I would NEVER go on your network. I would never even watch your network. No woman my age would ever watch your network. I will remember this for the rest of my career — I’m 22 and so far, not too shabby! And I will laugh the day you fold. If you could let Ashleigh know I said this, and that she is no-holds-barred the reason, it’d be a real treat for me.

Banfield fired back, quoting some of that email on her show Tuesday: “If you truly believe in the #metoo movement, if you truly believe in women’s rights, if you truly believe in feminism,” Banfield said, “the last thing you should do is attack someone in an ad hominem way for her age. I’m 50. And for my highlights. I was brown-haired for a while when I was a war correspondent interviewing Yasser Arafat and in Afghanistan, Iraq, Gaza and the West Bank. Google those places. That is not the way we have this conversation as women or men.”

We reached out for further comment, but HLN says it is letting Banfield’s comments speak for themselves. The HLN anchor, who spent much of the 2000s reporting and anchoring from remote corners of the world, is seeing support from colleagues:

The journalist maligned here as an old ugly has-been – @TVAshleigh – did one of the bravest things any journalist has done in the War on Terror: gave a stinging critique of how US media covers wars, when she was a rising star at MSNBC (& got fired for it) https://t.co/zyunYflKzt https://t.co/riyPPYGy8M

BRAVO @TVAshleigh! The email you received is baseless & graceless.Thank you for raising important & controversial issues & for raising the bar with your elegant response. Your career & conduct are top notch. Together- we will rise https://t.co/4J8hoLjdlq

When Katie Way was 6 years old, @TVAshleigh was dodging chunks of buildings toppling all around her on 9/11 — and reporting on it on live TV. I’m guessing Ashleigh isn’t terribly shook by this. https://t.co/IxJuVHugZH