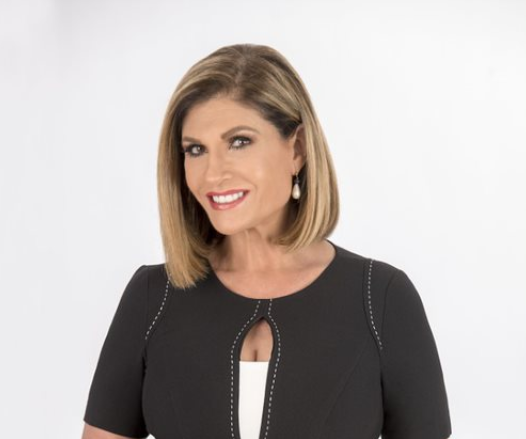 Teresa Rodríguez is a powerhouse in the world of Spanish-language news. In 1982, she became the first woman to anchor a prime-time Spanish language newscast, and 18 years later, she became the founding anchor of Aquí y Ahora (Here and Now), Univision’s Sunday prime-time newsmagazine that’s celebrating its 20th anniversary this year.

Building a career is tough for any journalist, but unbelievably so for a Latina in the 1980s, before the true explosion of the Hispanic community in the U.S.

“As the first Latina national news anchor in this country, it was quite an honor, but at the same time very challenging,” Rodríguez told TVNewser.

We caught up with Rodríguez to learn more about her journey. She and Aquí y Ahora executive producer Jairo Marin helped us understand more about the prime-time newsmagazine, and how it’s working hard to reach second- and third-generation Hispanic Americans who are bilingual.

Marin was also happy to tell us why despite sharing a time slot and genre, Aquí y Ahora and CBS’ 60 Minutes are not the same.

Rodríguez: The realization of a long quest to work on a Spanish-language newsmagazine show where I could do long-format pieces. My passion has always been connecting with people and telling their stories. Among my first memories are covering the murders of young women and girls in Juarez, Mexico, where women were treated as second-class citizens. I often asked myself had the story taken place on our Canadian border, would it have gotten more media attention back then? We also followed a family desperate for an organ transplant to save their father. The story helped dispel myths about organ donations. We were a small, tight-knit staff, but our stories exposed the human condition and some not only shed light on machismo, discrimination and injustice, but they started a national conversation.

I’m aware you were the first woman to anchor a prime-time Spanish-language newscast. Tell us about those early days of your career, before the explosive growth of the Hispanic community in the U.S.

Rodríguez: To begin with, we [Univision] were known as the Spanish International Network (the acronym was the SIN network). You can imagine the reaction we received when trying to secure interviews with congressional leaders and the White House. Furthermore, compared to the big three networks at the time, our budget was extremely limited. We became a “jack of all trades” in order to get the story on the air versus the major news crews who traveled with a significant team of producers, writers, et cetera. Furthermore, we had to find Spanish-speaking experts in order to make our stories relevant to our audience. … Back then, it was a difficult task considering where the Latino population was. Despite all of that, we proved the naysayers wrong and gained the respect of our community and our colleagues. 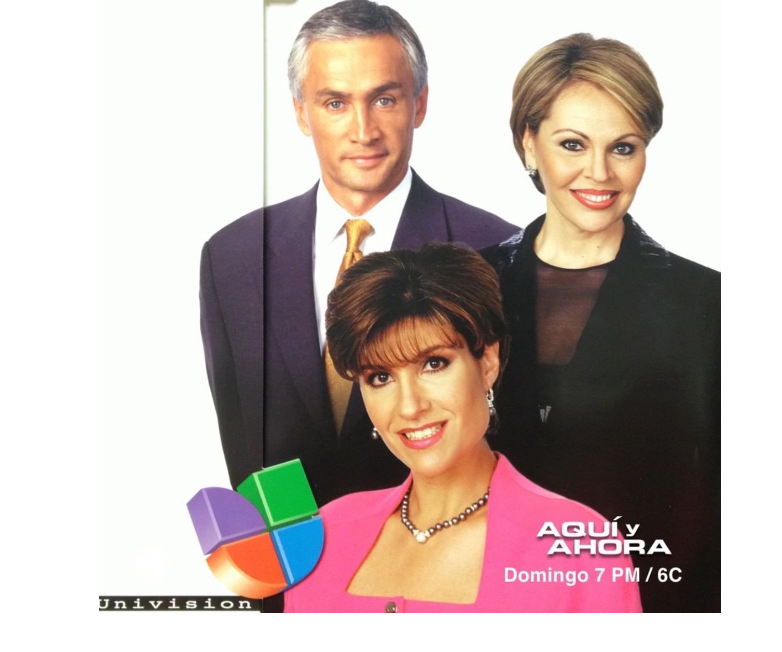 The year 2000: Rodriguez flanked by Jorge Ramos and Univision anchor Maria Elena Salinas, who is now a CBS News contributor.

Jairo, when people who don’t follow Spanish-language news closely first hear of Aquí y Ahora, they assume you’re just the Spanish-language version of 60 Minutes. While commonalities exist, how is your broadcast unique?

Marin: We have a mandate in Aquí y Ahora: As a TV newsmagazine, we should reflect the experience of immigrants in the U.S. We not only tell their stories, we give them a voice, we celebrate their contributions and often provide information that is vital for their well-being. We have done town halls to explain changes in immigration laws, about education and more recently about the coronavirus pandemic. We inform, entertain and educate our audience.

I noticed Teresa records promos for the show in English (and Spanish too, of course). How do you reach the second and third generations of U.S. Hispanics, who grow up speaking English, but comfortably speak and consume content in both languages?

Marin: Studies and surveys have shown that audiences respond and react better to content that represents their culture and is relevant to them, no matter the language. A soccer game and a mariachi band will have great response from Latino viewers regardless of the number of generations or years living in this country.

Rodríguez: Whether you are a first-, second- or third-generation Hispanic in the U.S., there is a sense of pride in the language, culture and customs that we share. Our program speaks to all generations with far ranging topics that affect everyone in the household. We know that no one covers Latin America like we do and our audience will turn to us to get in-depth analysis in Español about what happens in their countries of origin, as well as breaking and long-format stories on topics that affect them and their families here in the U.S. … from elections, mass shootings, natural disasters, to a pandemic. It’s a responsibility we take very seriously because we know that we are their primary source of information and news.

What’s one story both of you are especially proud of?

Marin: This month we did a town hall with questions from children and parents about coronavirus. It was different and fun to produce and to watch. Many girls and boys talked about their fears and nightmares. At the end of the show, our team felt really good knowing that millions of kids were going to sleep better feeling safe at home.

Rodríguez: As a team, I am extremely proud of the first live town hall special we did on the coronavirus outbreak. It was a joint effort with Facebook and we gathered medical and financial experts to answer the concerns of the audience as well as stories on families adapting to life in quarantine, the latest of the virus and suggestions on economic survival during these difficult times. The special confirmed that there was indeed a dire need for accurate information among the Spanish-speaking community.