About 13 minutes and 35 seconds worth of commercials aired on last night’s The O’Reilly Factor, compared to 18 minutes on Monday’s show. This comes as more advertisers–around 50, officially–have asked that their ads not air during the most-watched cable news program following a New York Times investigation into payments made to women who’d accused O’Reilly of harassment.

At least one spot was aimed directly at women viewers. SteinMart, a discount department store chain based in Jacksonville, ran a 15-second ad touting their “women’s dress event.” There was also a spot from ubiquitous cable news advertiser Angie’s List, which was co-founded by a woman, Angie Hicks.

Many of the spots airing last night were in the home improvement and health realms. These included a Fox News favorite MyPillow, SimpliSafe home security system, and the drug Entyvio (owned by the pharmaceutical company Takeda). Each of these brands ran 60 second ads during the program.

Stanley Steemer said it was “in the process of removing our commercials” from the show, but that process is not yet complete because a 30-second spot aired last night. 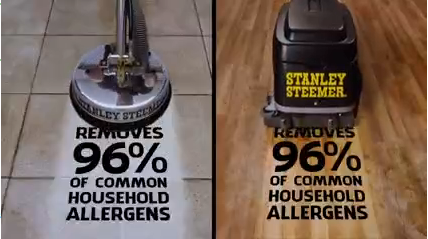 Fox News’s ad sales chief has said the spots pulled from O’Reilly were moved to other Fox News shows, rather than being pulled from the entire network. But if the heat stays on, the network could take a hit.

“I think that if the public and if advertisers continue to push on their beliefs and move away from O’Reilly, then Fox News may also follow suit,” said Mimi Chakravorti of brand consulting firm Landor. “It’s a difficult decision because advertising isn’t the only way they make their money, but it’s a significant way in which they make their money.

If this news cycle dies fairly quickly, then I think we won’t see much change at Fox News. But if the pressure grows or remains consistent, I think we might,” she said.”