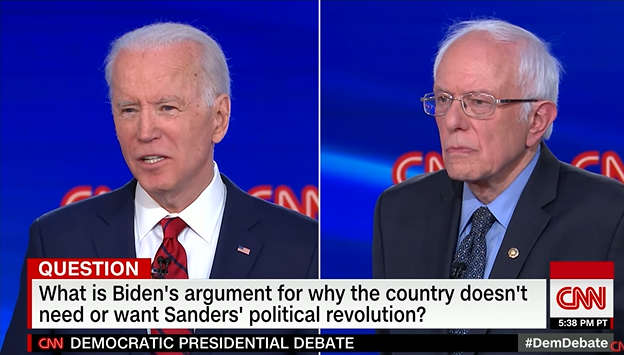 The numbers for last night’s CNN-Univision Democratic debate are in, and they’re not half bad.

An additional 609,000 live streamed the average minute of the debate on digital platforms.

That gives last night’s debate a total of 10.83 million TV viewers across two TV networks, which means more people watched the CNN-Univision Democratic debate than any other CNN debate this election cycle. It was also the second highest rated Democratic debate ever to air on CNN (following Las Vegas, Oct. 13, 2015).

Despite last night’s debate being strong relative to previous CNN debates, it was down from recent Democratic primary ones.

The CBS Democratic debate on Feb. 25 hauled 15.3 million total viewers. The Feb. 18 debate on NBC is the most-watched Democratic primary debate of all time. It delivered 19.7 million viewers.

Before the Feb. NBC News debate, the most-watched 2020 primary debate up to that point had been the first one of the current cycle, back in June 2019. That one delivered 18.1 million total viewers across 3 networks (NBC, MSNBC and Telemundo).

Nevertheless, ~11 million viewers is a number CNN (and Univision) powers-that-be will likely be pleased with.