NEXT:Scoreboard: Wednesday, Aug. 7
PREVIOUS:CBSN Local News Services Will Be Live in All 13 Markets Where CBS Has Stations by Early Next Year 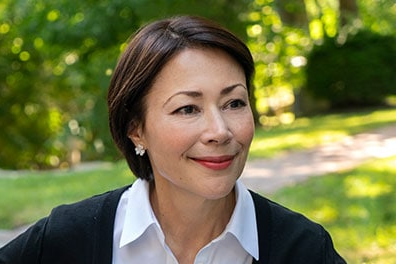 Ann Curry is host and executive producer of Chasing the Cure, a 90-minute program which premiered last night TNT and TBS.

According to Adweek TV/media editor Jason Lynch, the show “will use a combination of crowdsourcing and top doctors to help people suffering from various undiagnosed and misdiagnosed medical mysteries.”

Curry sat down with Lynch in Los Angeles recently to talk about her new series, the power of live television, and thoughts on the news media.

Chasing the Cure represents Curry’s return to live TV. It’s been seven years since she exited as co-anchor of Today show, where she had worked since 1997. Curry left NBC News altogether in January 2015.

Adweek: A few weeks ago, there was a bit of an outcry after Today played a 25th anniversary video that you were left out of, along with Tamron Hall and others. Were you as surprised as those Today viewers that you weren’t a part of that?

Curry: I wasn’t watching, so I didn’t know about it. I got a lot of tweets about it. I wouldn’t say I was surprised. I guess I’ve moved on so much that my response was essentially, ‘oh.’ But I was there for a long time, and I did feel—it was what you might expect—that as a human being, I would feel touched that people would tweet me and say, “I think you deserved to be in the tape.” That was very touching.

Curry was also asked about her 2019 news consumption habits.

How do you get your news these days now that you’re no longer involved in the daily TV grind?
I aim for quality. I want quality facts, and when I think about quality facts, I find that I’ve got to mostly read them. There’s a depth in written journalism that’s very difficult to achieve in broadcast journalism. And that’s always been true. So I read The New York Times, I touch on The Washington Post and the Guardian, and I also have just started reading The Wall Street Journal. I don’t read all of them back-to-back, but I weigh all that data. That’s my morning routine.

I also look at Twitter, and that helps guide me to other places I’ve haven’t thought about. And having had many years of being a journalist, I don’t waste my time with sources that I know that have lied to me in the past. So mostly I read my journalism. I do sometimes listen and watch journalism, but rarely.