NEXT:Late Night's Seth Meyers on Comedy in the Trump Era: 'If You're Gonna Make Jokes About the News, You Have to Get the News Right, Especially Now'
PREVIOUS:WarnerMedia's Streaming Service Greenlights 4 CNN-Produced Programs 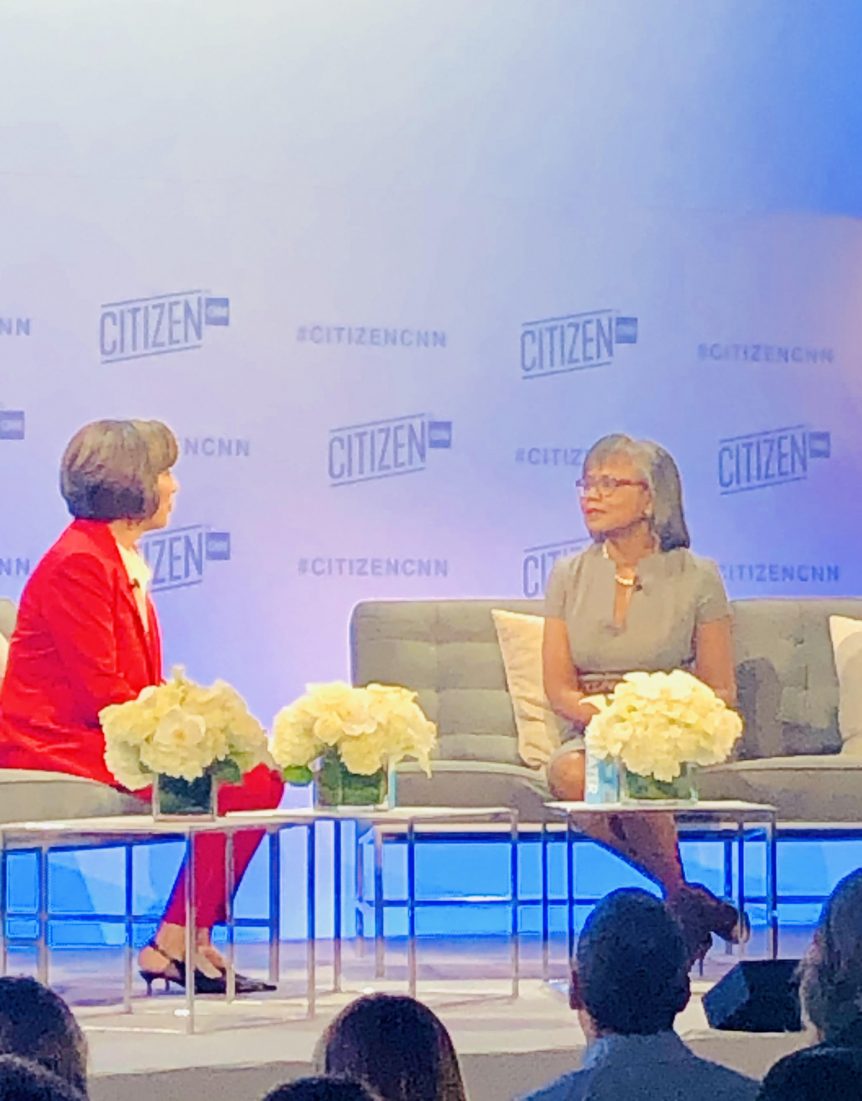 Christiane Amanpour sat down with prominent attorney and professor Anita Hill at Citizen CNN today for a discussion about gender equality and accountability in the age of the #MeToo movement.

Hill expressed dismay about how the media has covered the subject of gender equality in recent months, and hopes future debates will feature questions about gender-based violence and the #MeToo movement. (MSNBC and The Washington Post are up on Nov. 20).

“I know I’m sitting in CNN space, but I am not satisfied with how the media has handled this,” Hill told Amanpour. “I am not satisfied that no one has asked the question of the candidates. The press doesn’t ask the question: ‘What will you do to respond to this information that you have received en masse during the #MeToo movement?’ Why aren’t there questions in the debates about what the candidates plans will be to address gender-based violence? We know it exists. We are all horrified by the stories; and if you look at the numbers, to me; when you look at one out of every three women and one out of every five or six men who have been victims of sexual assault. We’re talking about a public health crisis and a public safety crisis. When I think about the rate of harassment in the workplace being an economic crisis for women. When we talk about the fact 50 women a month are killed due to domestic violence instances.”

Hill added: “We are talking about not only health and safety, but we’re talking about women’s ability to find spaces to live in and feel safe. Why isn’t this seen as a public health crisis?”