NEXT:CNN's Nic Robertson Is Reporting From Frontlines of the Chaos in Hong Kong
PREVIOUS:NBC News Hires New Anchor for Its Streaming News Service

NBC News, MSNBC and Telemundo co-hosted the first Democratic primary debates of the 2020 campaign season last Wednesday and Thursday, and on Sunday, NBC News Group chairman Andy Lack took a minute to express his gratitude for the hard work his colleagues put into making the week a success.

“The country was watching in record numbers — and you delivered four prime-time hours of high-stakes substantive debates, with twenty candidates across three networks and on multiple digital platforms,” Lack wrote in an email to his staff.

But not everything went off without a hitch. There were audio issues during Wednesday’s debate broadcast, which forced an abrupt commercial break.

Additionally, a couple of the candidates weren’t particularly pleased about the selection of topics, especially the scarcity of time devoted to the issue of climate change.

But all in all, it was a solid week for NBC News.

I’m so very proud of what you accomplished this week.

The country was watching in record numbers — and you delivered four prime-time hours of high-stakes substantive debates, with twenty candidates across three networks and on multiple digital platforms.

It was remarkable to see the sheer size and scale we brought to the effort. More than 350 of you were on the ground in Miami. Countless more played critical roles back in New York and Washington and all over NBC News, MSNBC and Telemundo. Every team was essential — from specials, to production, newsgathering, field operations, programs and editorial. I’m grateful for everyone’s terrific work.

Our five moderators were extraordinary. Armed with the facts and prepared with sharp questions and pointed follow-ups, they pressed the candidates to go toe-to-toe on the biggest issues.

And it showed in the results. Over 15.3 million viewers tuned in Wednesday and 18.1 million on Thursday, making it the most-watched Democratic presidential primary debate in history. Plus, more than nine million people streamed the debate online each night.

Last week was the start of a new chapter in the incredible story we’ve been covering for the last few years. And your performance is why more Americans watch NBC News than any other news organization in the world. 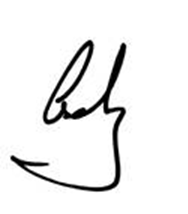