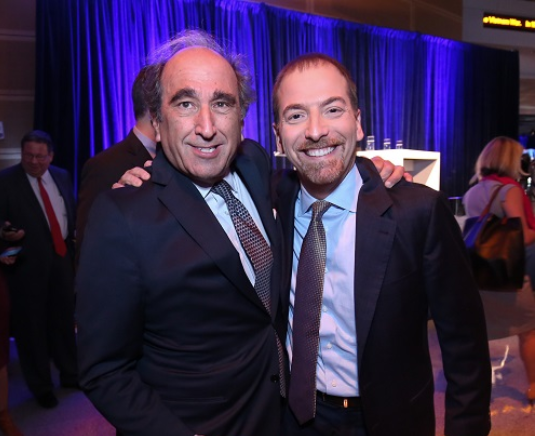 However, that’s beginning to change. Last month, he provided a strong defense of NBC White House correspondent Peter Alexander after the president referred to him as “a terrible reporter.”

Today, Lack wrote an op-ed for NBC News’ NBC Think vertical on the state of journalism, attacks on the media and threats facing the industry.

The title of the piece: “Journalism is under attack from coronavirus and the White House. But we’re winning.”

President Donald Trump came into office railing against many of the foundations of our democratic institutions, including a free press. Forty months into his administration, coverage of the coronavirus outbreak is the latest sign that—contrary to conventional wisdom—he hasn’t laid a glove on serious journalism. His attacks, most recently against excellent reporters like Jonathan Karl (ABC), Yamiche Alcindor (PBS), Peter Alexander (NBC) and Paula Reid (CBS), put the bully in bully pulpit, but they have not shaken the soul of the First Amendment.

Lack also addresses the daily coronavirus press briefings. Lack said while they “sometimes include pertinent and significant information,
have also frequently become a sideshow, filled with false and misleading statements, compulsive boasting and self-promotional videos. That’s why with each live briefing, many news outlets, including ours, are aggressively fact-checking in real time, assessing the value to viewers minute to minute and cutting away when warranted.”

Many wonder why NBC News/MSNBC televises the briefings at all. Lack attempts to explain why in the sentence below.

“We are a collection of human beings making hundreds of decisions a day,” Lack adds. “During times like these, as millions of people turn to the news for answers, the choices we make about what to air and how to report it can make the difference between panic or persistence, and even life or death. Humbled by the responsibility we bear, we try our damndest to serve our audience.”