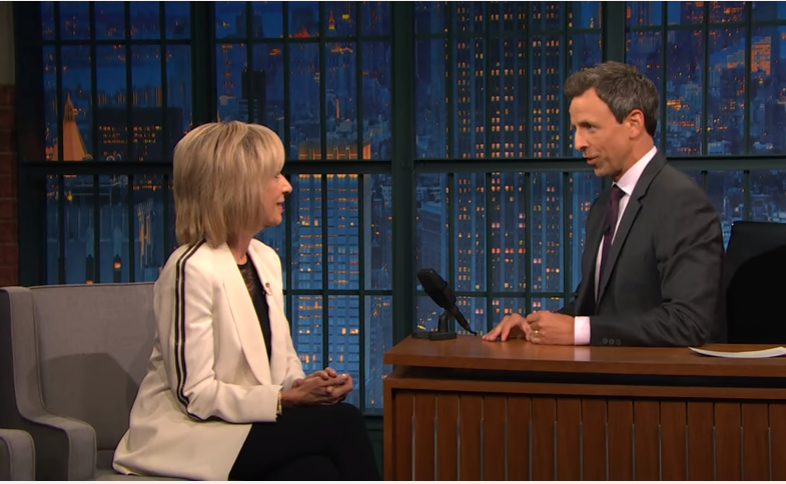 NBC’s longtime chief foreign affairs correspondent Andrea Mitchell appeared on Late Night with Seth Meyers earlier this week to chat about a variety of topics, including healthcare, Pres. Trump’s stance on transgender individuals and the military, as well as Rex Tillerson‘s State department and its relationship with the press.

Here’s what Mitchell had to say about Tillerson’s State department:

“For decades now, secretaries of state have briefed us on the plane, or had their top officials briefing us – he doesn’t have that many top officials because they haven’t filled the vacancies, which is another whole issue. It really is hurting American diplomacy. It’s not good for us as country to not have the press able to say that this is the goal is of this administration or this secretary. It also sends a really bad signal, I think, to regimes in China, in Turkey, in Russia, where reporters don’t not only get press conferences, they get locked up. They get killed.”

“There’s always been a tradition where the US secretary of state – Republicans and Democrats – bring the press corps along, and if they don’t have press conferences there, he or she will hold a press conference there to show that we believe in freedom of the press.”