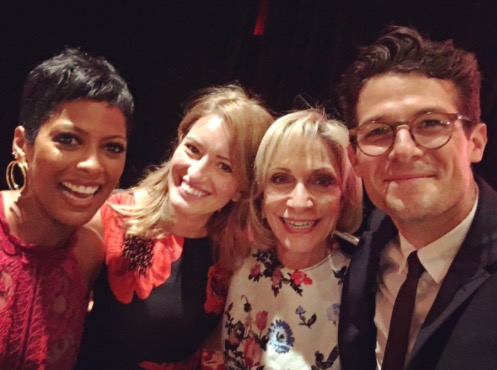 “Rarely have we been as needed as we are today,” Mitchell said in her remarks. “None of us can do this alone,” she said to the roomful of journalists. “We need all of you, at every level and every medium. We all have to dig in,” she said.

Mitchell is covering her seventh presidential administration and has no plans on slowing down. “I know this is a lifetime achievement award, but this one isn’t over!”

MSNBC anchor and NBC News correspondent Katy Tur introduced Mitchell at the event which was attended by colleagues and former colleagues including Tamron Hall and Jacob Soboroff (pictured.)

She’ll anchor MSNBC’s “Andrea Mitchell Reports” out of Los Angeles today then and then is on her way to Aspen’s Ideas Festival where she’ll be a speaker and will be broadcasting her show live. 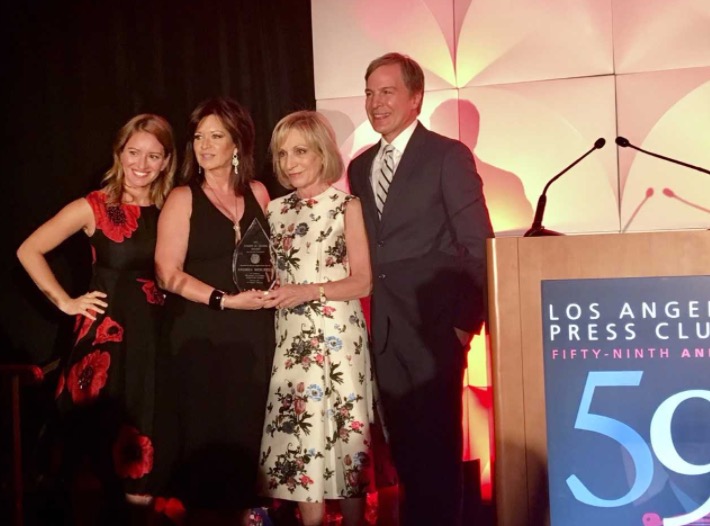