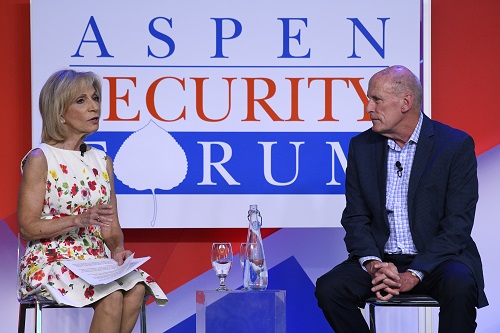 A trio of NBC Newsers broke significant news yesterday at the Aspen Security Forum in Colorado.

NBC News chief foreign affairs correspondent and MSNBC anchor Andrea Mitchell had the most buzzworthy interview of the day. She sat down with the director of national intelligence Dan Coats, and made major news when she was the one to inform the director that the White House had announced that President Trump asked that Vladimir Putin be invited to the White House in the fall. Coats seemed stunned, later admitting he was unaware of the announcement in advance.

WATCH: Director of Nat’l Intelligence Coats reacts when @mitchellreports informs him that the Trump administration is planning to invite President Putin to the White House:

On the Finland meeting this past Monday, Coats told Mitchell: “If he had asked me how that ought to be conducted, I would have suggested a different way,” adding “but that’s not my role, that’s not my job…it is what it is.” 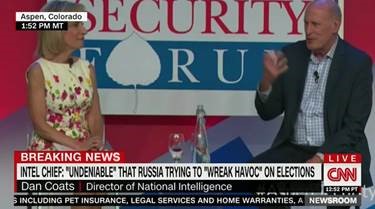 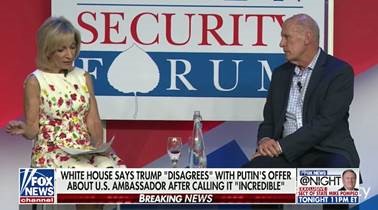 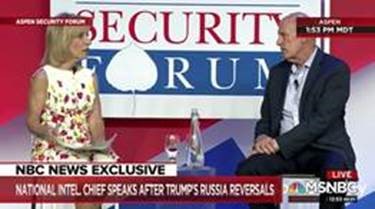 Nightly News and Dateline NBC anchor Lester Holt interviewed FBI director Christopher Wray earlier in the day. Holt asked Wray if he’s ever considered resigning, to which Wray replied, “I’m a low-key, understated guy, but that should not be mistaken for what my spine is made out of. I’ll just leave it at that.”

“FBI Director Wray” trended nationally on Twitter for most of the evening. Clips played across all three network morning shows Thursday as well as CNN and Fox News throughout Wednesday evening and Thursday. 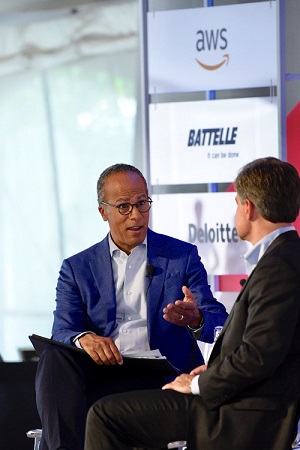 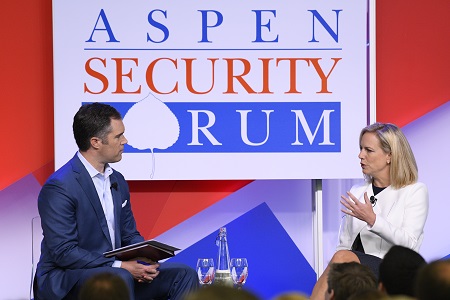 She also talked about meeting next week’s court-set deadline for reuniting separated migrant families, and then this apparently happened:

When asked about Trump’s comment that there were “fine people on both sides” in Charlottesville, Sec. Nielsen seemingly doubled down. “it’s not that one side was right and one side was wrong” #AspenSecurity