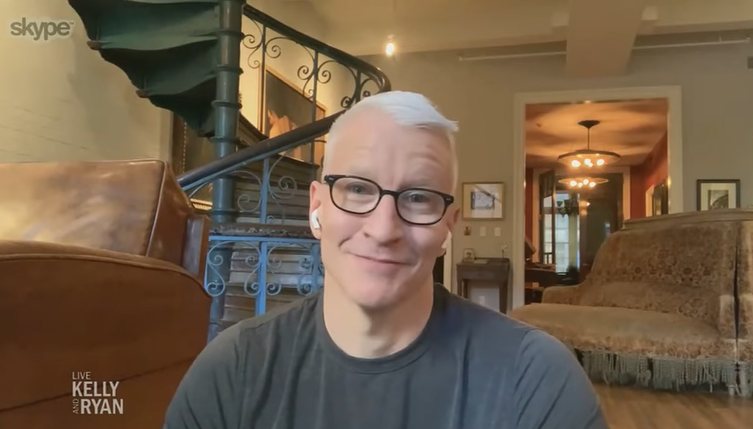 Anderson Cooper became the father of a newborn baby boy one week ago today, and he appeared on Live With Kelly & Ryan this morning to talk about his new son, Wyatt Morgan Cooper.

When asked about the origin of his son’s name, the CNN anchor told the daytime duo what he told CNN Global Town Hall viewers last Thursday: Wyatt was the first name of Cooper’s father, who died when the anchor was 10 years old, and Morgan was his grandmother’s maiden name.

However, what Cooper disclosed to Ripa and Seacrest that he hadn’t disclosed previously is before she passed away last June, Cooper told his mother Gloria Vanderbilt that he would be getting a newborn in the near future. Wyatt hadn’t been created at that point, of course, but the process was already in motion. Vanderbilt was thrilled to hear the news, said Cooper.

Ripa, a longtime friend of the anchor and past co-host of the annual CNN Honors awards broadcast, added: “It’s no surprise to Mark [Consuelos] and me that you are an amazing father, and Wyatt is a lucky little guy to have you as a father. … You have been destined for this your whole life.”