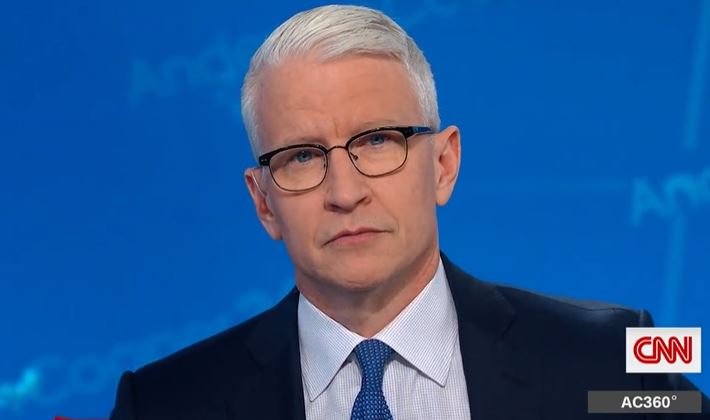 At the end of his 8 p.m. hour, Anderson Cooper delivered the news about Chris Cuomo‘s suspension from CNN on Tuesday.

“Some news now about this network,” said Cooper. “It involves Chris Cuomo, the host of Cuomo Primetime. New documents released this week indicated that Chris was more intimately involved than previously known in helping his brother, former New York governor Andrew Cuomo, craft a defense amid a flurry of sexual misconduct allegations.” 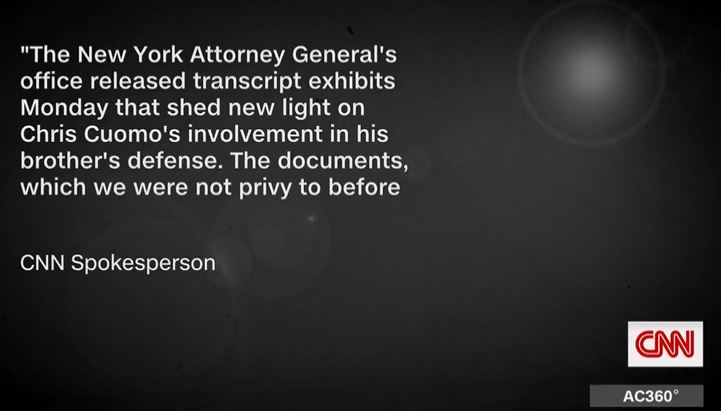 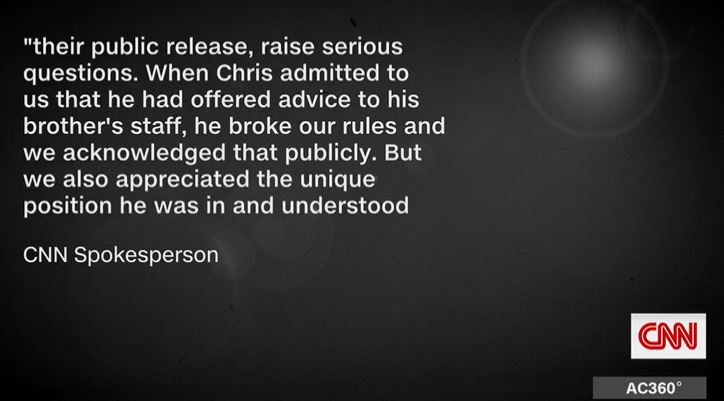 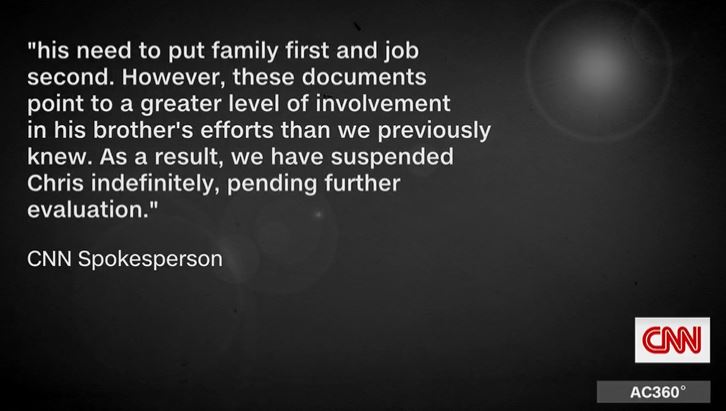 He ended the segment with: “The second hour of 360 is right after the break.”