NEXT:Bill O'Reilly Respects Fox News's Decision to Let Him Go, But Is Critical of the Way it Was Done
PREVIOUS:Anthony Scaramucci to Host TMZ, For One Day Only 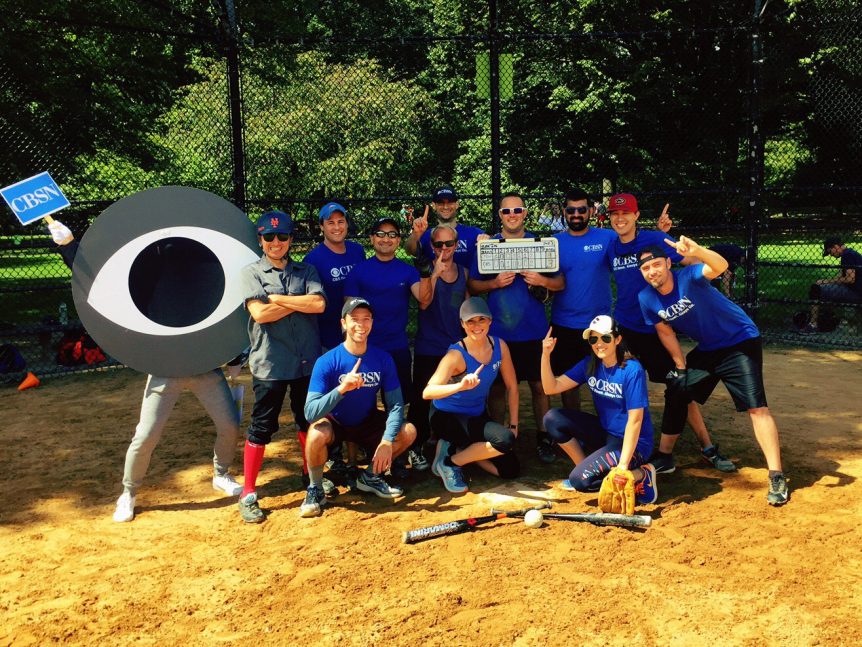 Staffers of CBSN are still celebrating their win against cross-office rivals CBS This Morning.

Not bad for a team that started the season 0 and 2, including a loss early on to the CTM crew. But the CBSNers got hot going 5 and 0.

The CBS This Morning team was undefeated going into the championship game. In the semi-finals, CTM defeated ABC News while CBSN took down NBC Ad Sales in an “epic” comeback, we’re told.

The CBSN starting shortstop is CBS News Elections Director Anthony Salvanto. In the photo, CBS News contributor Jamie Wax is the guy inside the Eye Logo. He was rooting for both sides throughout the game.