NEXT:Joy Reid Promoted a 9/11 Conspiracy Documentary on Her Blog
PREVIOUS:Scoreboard: Wednesday, May 30 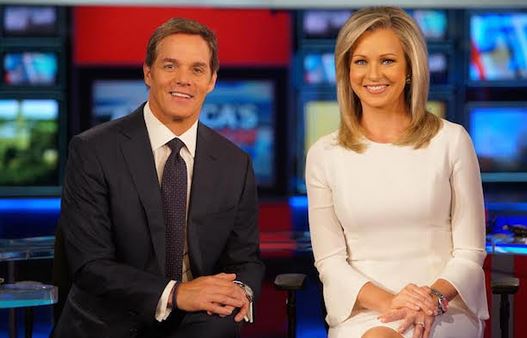 The extra hour will replace Happening Now, as anchor Jon Scott moves to Fox Report Weekend, Saturdays at 7 p.m. and Sundays at 6 p.m.

“Bill and Sandra’s ability to cut through the headlines and provide hard-hitting interviews with the nation’s leaders have made it must-see television and we’re excited to add an extra hour of this informative program to the weekday lineup,” said Fox News president Jay Wallace, adding, “Jon Scott’s extensive experience in breaking news will help ensure our weekend coverage remains unparalleled in the industry.”

America’s Newsroom was the 10th most-watched program on cable news this month, averaging 1.8 million viewers, even ahead of CNN’s most-watched show all day, AC360, which averaged 888,000.

Hemmer has anchored America’s Newsroom since launch in 2009. Smith, who got her start at FBN in 2007, joined him as co-anchor last fall. Smith, who was an original co-host of Outnumbered, will depart that show.

Scott is a Fox News original, joining the network before launch in 1996. Before FNC, Scott was a correspondent for Dateline NBC.