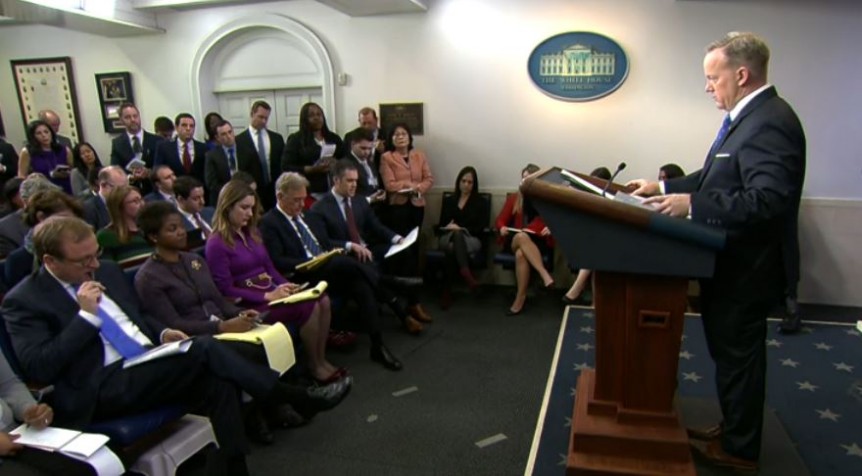 According to a new Pew Research Center study, nearly all U.S. adults (94 percent) are aware of the current state of the relationship between the Trump administration and the news media. 72 percent says they have heard a lot about it, while only 6 percent say they have heard nothing at all.

What we don’t know, because the study didn’t go there, is who is to blame and how it can be fixed.

Beyond awareness, 83 percent say it’s unhealthy and 73 percent say the tension is getting in the way of getting things done. 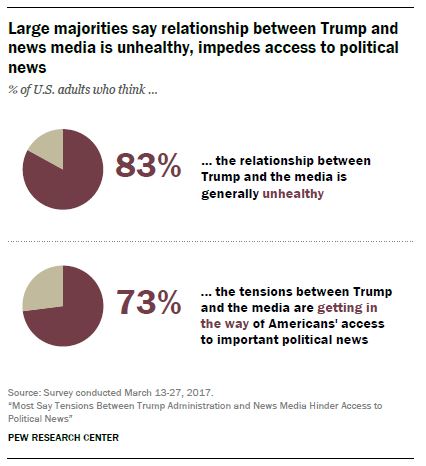 Broken down by political allegiance, 88 percent of Democrats and 78 percent of Republicans say the relationship is unhealthy.

Much more in the study here.