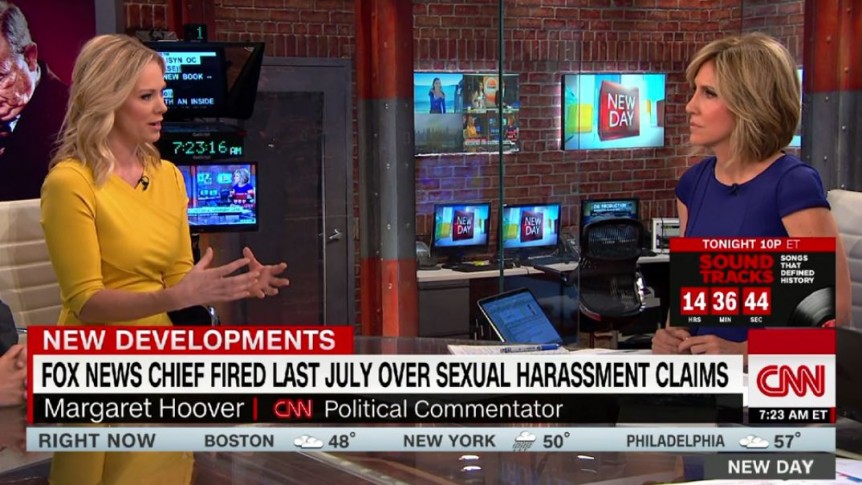 They may broadcast to millions of people every day, but TV news is still a very small, mostly New York-based club. That always becomes evident when TV news is THE news. And that’s the case this week with the Bill O’Reilly removal from Fox News. And now that it’s over, the conversation really begins.

This morning on New Day, co-host Alisyn Camerota and contributor Margaret Hoover–both Fox News alums–opened up about their experience at the network. “You and I have talked about this in private, but we might as well talk about it in public,” Camerota began.

“I had an experience, more than one, with Roger Ailes,” Camerota continued. “But that wasn’t the half of it. The real harassment was emotional harassment. Roger could be a bully. He called people names. It was that feeling of not wanting to ever run afoul of him that was really the chilling effect.”

“Not just by him, but also by a the gossipy culture that helped police what he wanted to see,” added Hoover. “He really was a bully and enforced it in a culture that became so toxic that it was hard to say what you wanted to say and be authentic on the air.”