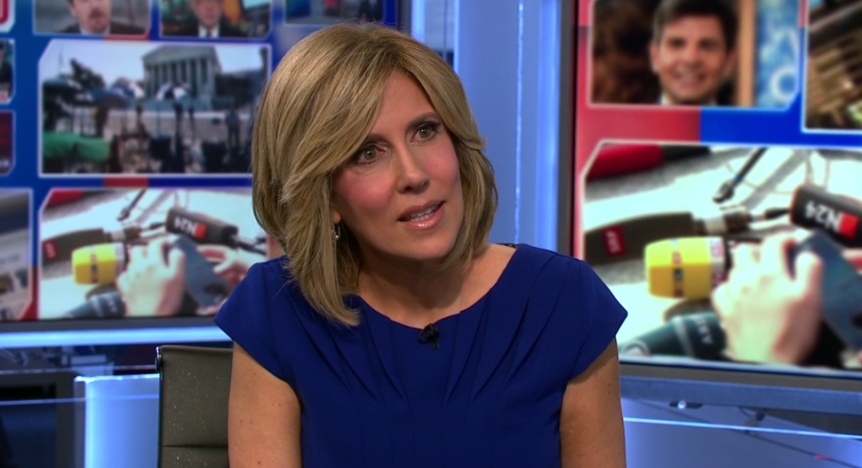 Fishbowl’s “Lunch” columnist Diane Clehane sat down with CNN New Day co-host Alisyn Camerota yesterday to dish about her new book, Amanda Wakes Up, which is all about the TV news business. Even her former Fox News colleague Bill Hemmer dropped by their table at Michael’s.

Camerota, who has plenty of stories to tell, given her years as an anchor at Fox News and now CNN, tells Clehane she is one of the reporters Pres. Trump now refuses to talk to. “He blacklisted me,” she said. “During one of the debates on Fox News they used a clip of me at CNN asking him about saying he was against the war in Afghanistan instead of the war in Iraq. He insisted he said ‘Iraq’ and I read him the transcript where he said ‘Afghanistan.’ Word came back he was angry about that.”

This administration has made the already-grueling job of anchoring a morning news program a Herculean task. Alisyn has been getting up at the ungodly hour of 3:30 am for years but what’s different is what’s waiting for her when she turns on her phone. I used to prepare for my morning show by looking over my notes, reviewing the lead stories and seeing who the guests are,” said Alisyn. “Now [overnight] there’s new leaks, new tweets, someone’s been fired.” The news cycle for the last presidential election was “nothing like I’ve ever experienced in twenty-five years,” but its head-spinning aftermath is “like that, but on steroids.”