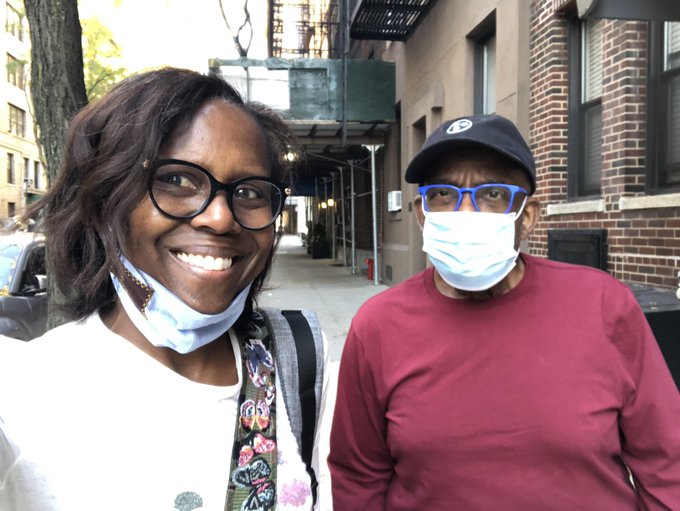 Al Roker is recovering at home after having prostate cancer surgery, he tweeted Thursday.

Relieved to let you all know that my #prostatecancer surgery is done and back home. IA big shoutout to everyone at the #josierobertsonsurgerycenter and appreciate all the thoughts and wishes from our viewers and the wonderful care packages from my co-workers. See you all soon. pic.twitter.com/PoZZWpDcFE

Last week, Roker announced on Today that he had prostate cancer and would be undergoing surgery to have his prostate removed.

The veteran newsman also noted that he wanted to make his diagnosis public so the people would become aware of the fact that that one in seven African American men, and one in nine men overall, will be diagnosed with prostate cancer in their lifetime.

“It’s a good news-bad news kind of thing,” Roker said. “Good news is we caught it early. Not great news is that it’s a little aggressive, so I’m going to be taking some time off to take care of this.”

The timetable for his Today return remains unclear, though when Roker revealed his diagnosis, he said at the time, “We’ll wait and see, and hopefully in about two weeks I’ll be back.”

Hoda Kotb told reporters on Wednesday that Roker “will likely” be able to host the Macy’s Thanksgiving Day Parade on Thursday, Nov. 26 alongside her and Savannah Guthrie.

“We’re so happy,” Kotb said. “He’s going through a difficult time. But as I said to him, ‘It’s never you got this, it’s we got this.’ … So we are there for Al, Al will be at the parade and we couldn’t be happier.”