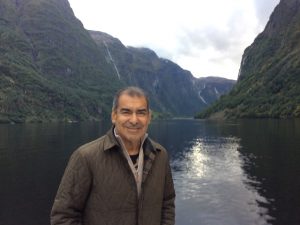 When TVNewser last spoke with ABC News correspondent Jim Avila, it was in April, right before his kidney transplant surgery.

He was relieved to have found a match in his brother Jaie Avila, after what Jim called the “big race” to get a new organ due to the ravages of advanced kidney disease.

Looking back, Avila told TVNewser this week via phone, “I don’t think I realized how serious this was.  I wasn’t thinking as clearly as I could be, before, because I was sick – I was very sick.  I was just a week or so from being put in the hospice.  So I didn’t realize the gravity of what was going on so much, until afterwards.”

Later on, “it really hit me, ‘What have you done? Here’s a healthy man [his brother], with three children and a wife.’  It was a big deal.

“And the surgery for me was also quite an ordeal.  But overall, when it’s all said and done, of course it was worth it.  I have a future.  I didn’t think I did, then.”

Avila and his brother – a San Antonio television reporter who recently won an Emmy for investigative work – have come a long way over the past seven months.  Both are feeling better.  Jim is optimistic now that three additional, post-transplant procedures to address initial complications are behind him.  He takes anti-rejection drugs twice a day – “a pretty small price to pay” – and is walking and climbing stairs to build his strength after losing more than 30 pounds while sick.

He felt well enough to travel to Scandinavia in September on vacation (“My doctors said I could sit on a park bench just as easily there as I could here,” as long as he wore a mask on the plane), and most importantly, to upstate New York to attend the wedding of his son, Nightline producer Evan Simon. 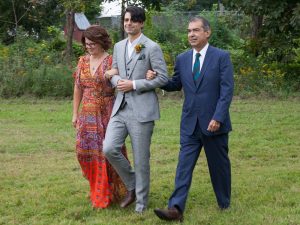 Jim Avila at the wedding of his son, Evan Simon, in September of 2018 (Olivia Hunter Photography)

Avila is appreciative as well for the way he’s been treated by ABC News and its parent company Disney, which are standing by to welcome him back to work when he’s ready – perhaps as early as next March.  He’s also grateful for having previously signed up for a Long-Term Disability insurance policy.

Avila has a lot to give thanks for this Thanksgiving, which he’ll spend with his three adult children in Los Angeles.

And he will approach the holidays, and the new year, with a new perspective.