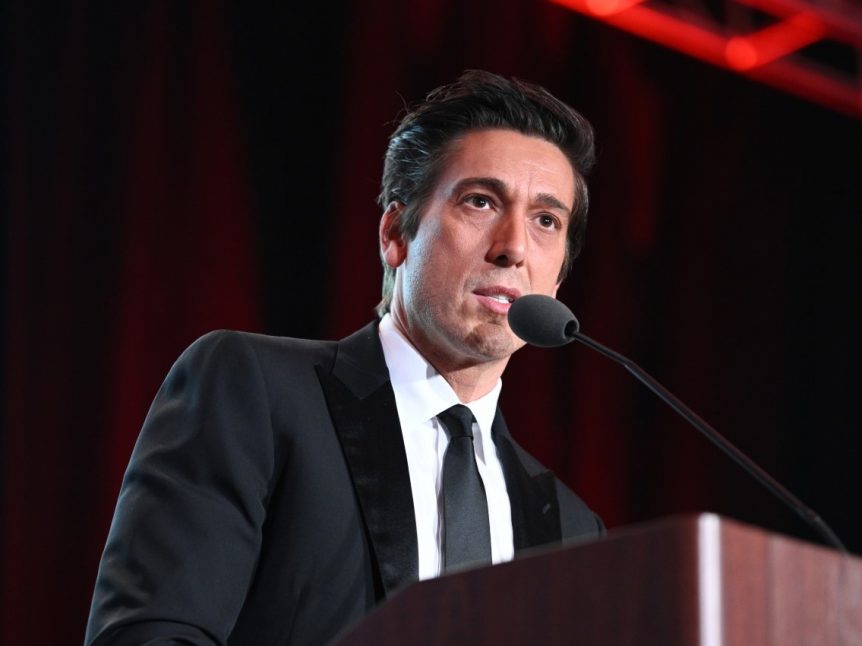 Apparently there was earlier this year, but it has since been resolved.

In a report published Monday evening, CNN’s Brian Stelter writes: “Earlier this year tensions between George Stephanopoulos and David Muir boiled over to the point that Stephanopoulos threatened to walk to a rival network, according to sources close to the matter.”

At issue, according to Stelter, was a title, “chief anchor,” and a key network news responsibility: leading special coverage of breaking news stories and special events.

Stephanopoulos had breaking news coverage responsibilities and the title of “chief anchor” for the better part of a decade. But that has changed, and Muir now leads breaking news coverage for ABC, while maintaining the role of anchor and managing editor of ABC World News Tonight with David Muir. The “chief anchor” title is being scrapped altogether.

The lead anchor responsibilities and who would handle them had become an issue at the network in recent months; so much so that according to Stelter, the matter bypassed ABC News president James Goldston, and Disney executive chairman Bob Iger had to fly from L.A. to New York “to broker peace” between the two camps.

They found a way to have two big stars and build towards the future,” one of the sources said.

Stelter said that more than half a dozen sources spoke on condition of anonymity for his story.

ABC News did not comment on the CNN story.

A title and being the person who leads special coverage of major breaking news events is a big deal at a news network. Those responsibilities have traditionally gone to the network evening news anchor. At NBC, that’s Lester Holt, at CBS, Norah O’Donnell.

But that hasn’t been the case at ABC News, despite the fact that Muir has been the anchor of ABC World News Tonight—the most-watched show on all of TV for roughly half of 2020, and the most-watched evening newscast for five years running—since 2014. Stephanopoulos, co-anchor of GMA on weekdays as well as the network’s Sunday show This Week, had been the network’s chief news anchor and fronted ABC’s coverage of major news events, including special reports, for nearly a decade, up until the start of 2021.

Muir now has the responsibility his fellow evening news anchors have of leading ABC’s special news event coverage, while Stephanopoulos will remain GMA co-anchor, This Week anchor, and add a production company and four prime time specials on ABC each year to his portfolio. Sources say Stephanopoulos will create new shows for Disney-owned platforms like Hulu and Nat Geo.