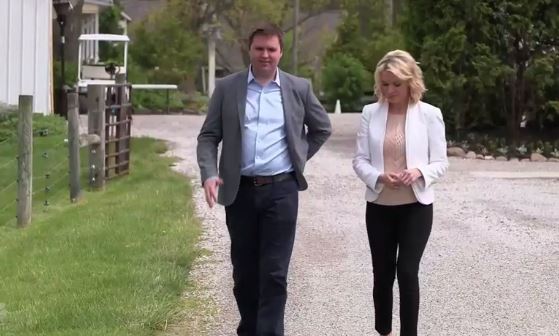 J.D. Vance‘s recent interview with NBC’s Megyn Kelly helped propel his memoir to No. 1 on the USA Today’s list of best selling books.

Hillbilly Elegy has spent 49 weeks on the list, but hadn’t hit No. 1, until this week. From USA Today’s write-up:

Vance was profiled on NBC’s Sunday Night with Megyn Kelly on June 25, exposure that kicked sales of the book up a notch. It’s sold more than 1 million copies, says publisher Harper. (Hillbilly Elegy was No. 7 last week. The memoir’s previous high spot was No. 5 on both Jan. 19 and Feb. 2.) During a sometimes emotional interview with Kelly, Vance spoke about his mother’s heroin addiction when he was young, being raised by his loving grandmother and his surprise at what a huge hit Hillbilly Elegy has become.

Hillbilly Elegy has also spent 48 weeks on the New York Times Best Seller list. For the week of July 9 it is at No. 2.