NEXT:Tavis Smiley Responds to Being Suspended 'Indefinitely' By PBS
PREVIOUS:Rupert Murdoch On Potential For Fox-News Corp Reunion: 'If We Ever Do, That Would Be Years Away' 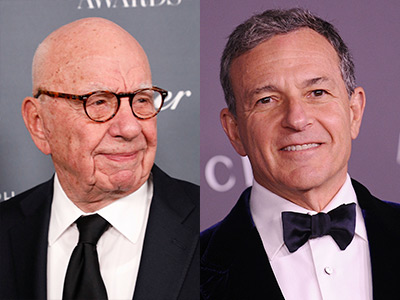 “As a result of the transformative transactions proposed today, we are paving the way for the new Fox, as well as a better Disney, to chart a course across a broad frontier of opportunity,” said 21CF executive chairman Rupert Murdoch who also is executive chairman of FNC and FBN. “We have always made a commitment to deliver more choices for customers; provide great storytelling, objective news, challenging opinion and compelling sports.”

The company says the new Fox “will house the #1 cable news channel in the country, the most watched business news channel, and a stations group that is present in 9 out of the 10 largest metro areas in the U.S.”

Insiders we’ve talked to say it’s likely that after the transaction, the new Fox will likely be re-merged with News Corp. assets which include The Wall Street Journal and Harper Collins among other publishing brands. 21CF was spun off from News Corp in 2013.

As part of the deal, Disney will acquire the Fox Sports Regional Networks that, when combined with ESPN, will create a national sports powerhouse.

Iger will delay his already-announced departure as Disney CEO, now staying through 2021. On GMA Iger told George Stephanopoulos he will be discussing a new role for James Murdoch, current 21CF CEO, in the coming weeks.