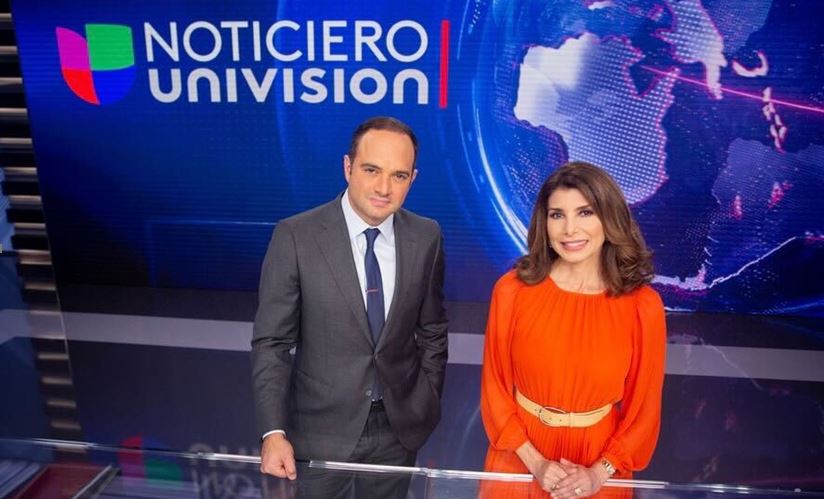 Krauze steps into this new role on Jan. 24 after a decade-long stint as lead anchor at KMEX Univision 34, the most-watched station in the Los Angeles market, regardless of language.

“The addition of León Krauze to our outstanding Univision Network News team strengthens our capacity to inform and serve the Hispanic community exponentially. We’re thrilled to have him join celebrated Patricia Janiot in one of our most widely-viewed newscasts,” Univision News president Leopoldo Gomez said in a statement. “León’s unwavering commitment to journalistic excellence, his unique understanding of the Hispanic community and his close relationship with our audiences are undisputable and will help us ensure we are always at their side, giving them a voice and providing them the news and information they need to make their daily decisions.”

Krauze, who will relocate to Miami for this new gig, also hosts Epicentro, a weekly news podcast for Univision News, and his journalism has been published in Foreign Affairs, The New Republic, Foreign Policy, Newsweek, Los Angeles Times, El País, Letras Libres, The Daily Beast and The New Yorker. Krauze is currently a weekly columnist for Mexico’s El Universal and for The Washington Post‘s Global Opinions section. He has covered the last four U.S. presidential election cycles and became the first journalist from a U.S. media outlet chosen to moderate a presidential debate in Mexico in 2018.

“Doing journalism in Los Angeles and serving the extraordinary Hispanic community of Southern California at Univision 34 during these 10 years has been the greatest privilege of my career as a journalist. Local television in the most important market in the country has given me many lessons and emotions. I am excited to now join the great Univision national news team and to be able to work side-by-side with a consummate professional like Patricia Janiot,” Krauze said in a statement. “Both the Univision Network News team and Patricia have always devoted their reporting with dedication and professionalism to what is, without a doubt, the most vibrant and dynamic community in the United States. My commitment is the same: to give a voice to the Hispanic community and to work tirelessly in search of the news.”