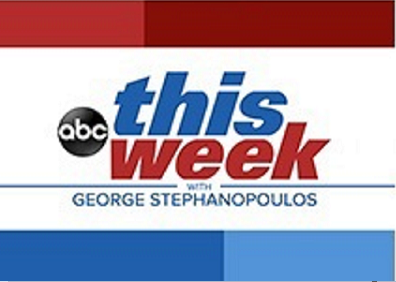 This Week with George Stephanopoulos has two promotions to announce.

The Sunday show has promoted Kendall Heath to the role of senior producer, effective immediately. Heath has been with the broadcast since 2009, beginning as a booker and eventually working as an editorial producer and supervising producer. While in Washington, she has been part of ABC’s broader political coverage producing network-wide projects, primetime specials, presidential debates, candidate town halls and election nights. Heath started at ABC in 2005 as a DC-based booker and producer at Good Morning America.

Additionally, Mae Joo has been promoted to the role of senior editorial producer. She was most recently a coordinating producer for This Week, promoted to that role in 2016 after a three-year stint as a booker for the program.

“These are both well-deserved promotions that will help fuel our continued success—and I am grateful to both Kendall and Mae for their dedication to This Week,” This Week EP Dax Tejera said in a note to staff.

“I am proud and grateful to every member of the team for getting us to this point—and look forward to working with Kendall, Mae, Meg and all of you to continue the important journalism that lies ahead,” Tejera added.